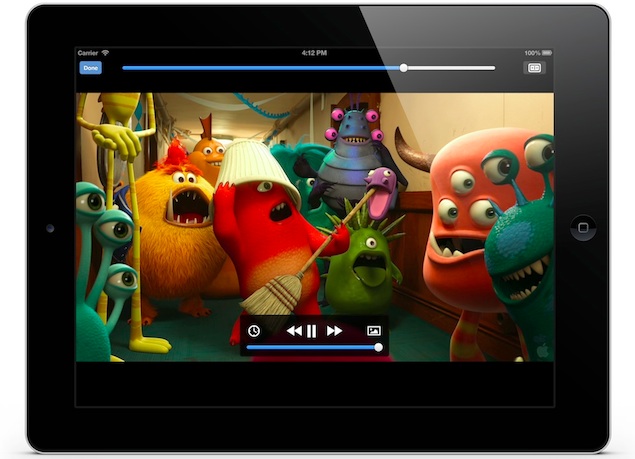 VLC Player, the swiss army knife of video players from VideoLAN, has finally returned to iOS and is available for download on the App Store, two and a half years after it disappeared.

The app, now in version 2.0, boasts of new features like Wi-Fi syncing and Dropbox integration, in addition to sync via iTunes, for playing videos of different formats. It has been completely rewritten and allows users to play all possible video file formats.

It brings a built-in video media library, with WiFi Upload, Dropbox integration and optional passcode lock, and integration for bluetooth headsets and AirPlay. So, users will be able to stream videos to their Apple TVs and other AirPlay compatible devices. Apart from Wi-Fi and Dropbox sync, third-party apps can also access the VLC app via the share dialog and it plays videos downloaded straight from the web, as well.

The VLC for iOS 2.0 app can be installed on iOS 5.1 or later including the first iPad, and is completely free and open source.

VLC for iOS is licensed under the Mozilla Public License Version 2 as well as the GNU General Public License Version 2(GPLv2) or later, the former needed for distribution via the App Store. The conflict in licensing terms was also the reason why the app was removed from the App Store in 2011. The app was removed because one of the contributors to the VLC code, Rémi Denis-Courmont, had an issue with App Store's rules not being in sync with GPLv2, under which VLC was licensed and had filed a complaint with Apple, after which the app was removed from the store.
Comments