VLC Media Player for Android Finally Comes Out of Beta 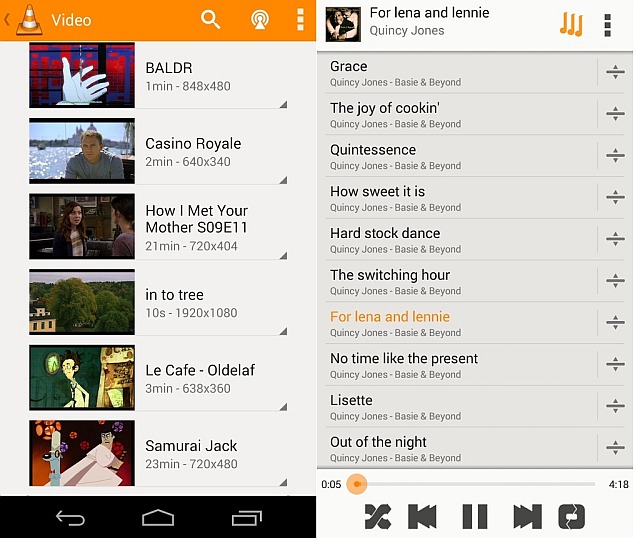 VideoLAN has finally pushed its VLC media player app out from the 'Beta' version for Android smartphone users, updating the app to version 1.0.0 build.

The new VLC app update for the Android users also fixes number of app crashing bugs on Android 5.0 Lollipop devices, and devices powered by ARMv8 processors. The update however does not include the support for Chromecast that was rumoured back in June.

The VLC app arrived on Windows 8 in March this year. The VideoLAN team had launched a beta version of the app on Windows Store. The app designed specifically for the Modern UI is available for both 32-bit and 64-bit Windows 8 powered desktops, laptops and tablets only.

In June, it was additionally reported that the VLC team is also working on platforms like Linux, Mac and Windows platforms to bring the Chromecast support. However, a particular time frame for the release was not given. Notably Google hasn't yet released a Chromecast SDK for native apps on Windows, Mac or Linux. Therefore in order to implement the functionality on these platforms, the VLC team will probably have to implement their solution using the Google Chrome browser.

Cyber-Attacks to Worsen in 2015: McAfee
Google Chromecast Dongle Launched in India via Snapdeal at Rs. 2,999