Vivaldi 5.0 for Android Introduces Two Rows of Tabs in a First for a Mobile Browser

The Vivaldi update also features built-in side panels for tablets and Chromebooks. 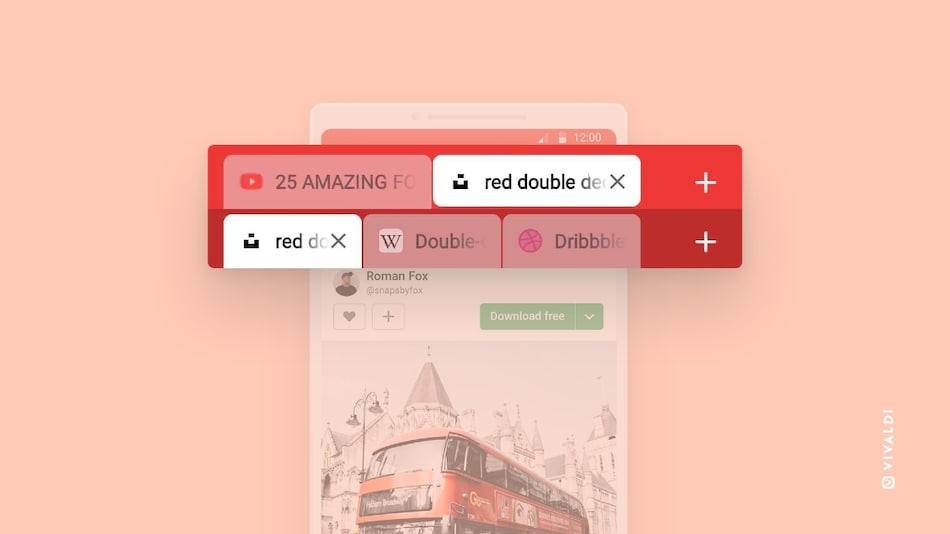 Vivaldi 5.0 has been released for Android and with it comes several new innovative features. The highlight of this version is the “Two-Level Tab Stacks” feature that introduces two rows of tabs to its mobile browser, making it the first in the world to do so. This option was introduced on the PC version earlier this year and, due to the positive feedback, Vivaldi decided to bring this feature to the browser's Android version. Additionally, it has also introduced the world's first built-in side panels to its tablet browser.

Vivaldi has been hard at work updating its user interface for this Android version. Vivaldi 5.0 enables users to tweak their Tab Bar, reducing the size of each tab and even having the option to remove the close button on active tabs. Users can also access the "Two-Level Tab Stacks" feature in two ways. They can long-press the New Tab button and select New Tab Stack. Also, users can drag a tab onto another to create stacks.

Vivaldi has also tweaked its built-in Notes tool to add large chunks of texts from a webpage to an existing note using the "Append to Note" option. This option pops up when users highlight the text on a webpage. Additionally, the Dark Theme option can now be selected for specific web pages.

Vivaldi 5.0 is optimised for tablets and Chromebooks as well. It features the world's first built-in side panel for tablet browsers. The panel pops up from the left side of the screen. It gives users access to History, Downloads, Bookmarks, Notes, and other go-to tools on the fly. The side panel can be easily toggled by tapping in the top-left corner of the location bar. The tablet browser features desktop-style tabs for a simple way of keeping track of active tabs. It even offers a desktop-like full-screen mode while browsing by hiding the Android System Status bar.