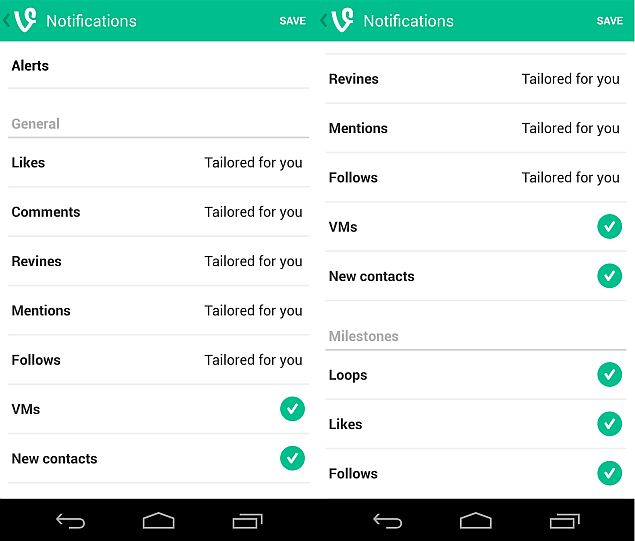 Shortly after rolling-out the update including the loop counts feature and more, Vine has started rolling-out yet another update for Android users. The update is said to improve Vine video recording quality, and bring some notification customisations.

"Huge video recording quality boost! Now you can set what kind of notifications do you want to receive from within the app," states the What's New section of the Vine app's Google Play listing. The Android-exclusive Vine update is expected to soon roll-out for iOS devices via the App store. The app is currently listed on Google Play India with an August 1 'last updated' date.

While the details of how exactly the video recording quality has been improved are not mentioned, it is needless to say that the recording would still be limited to the device's camera resolution. Android Police adds that the apps notification system's Settings tab now comes with options to show likes, comments, re-vines, or mentions, and also has a 'tailored for you' option. Users can also switch on/ off notifications for VMs, new contacts, milestones for loops, likes and followers.

Just couple of days ago, Vine, the Twitter-owned micro-video sharing service, added a new 'loop count' feature to its website, Android and iOS apps. The feature reveals the number of times a video has been looped, including on Vine and via embeds across the Web, on the top right of each video. Also new with same update was a new design for the Activity feed, more visual and concise notifications, plus new notifications when a friend joins Vine.

Xiaomi Confirms 15,000 Mi 3 Units Will Go on Sale via Flipkart on Tuesday
HTC One (M8) With Windows Phone 8.1 Spotted on Verizon Site Ahead of Launch