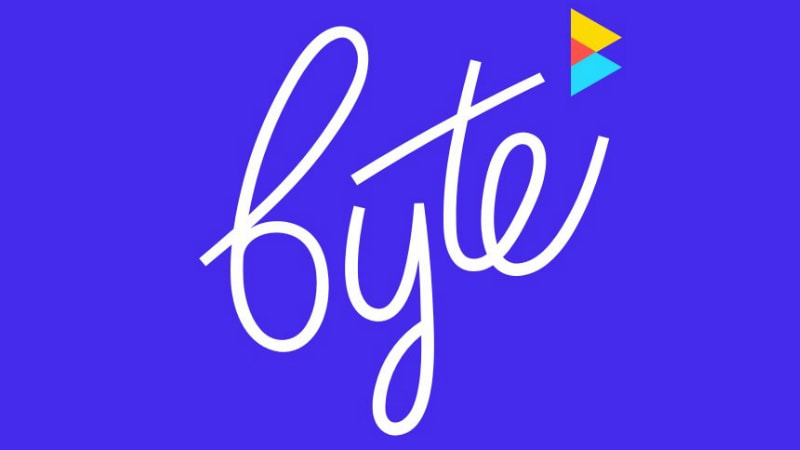 Vine, the short-form video looping app was acquired by Twitter in 2012, was converted into a pared-down camera app last year, after Twitter decided that it didn't want to invest more money into it. The app enjoyed many loyal fans, who then moved to other services - Instagram, YouTube, and Tik Tok. Now, creator Dom Hoffman has confirmed that its successor is on its way, and will be launched in Spring 2019. He has also confirmed that it will call the successor as Byte. Hoffman even shared the logo of the upcoming app on Twitter.

Byte is expected to arrive with new features to entice users back to that forgotten 'Vine' culture. Hoffman published on Twitter that the new looping video app will arrive in Spring 2019, and will be called Byte. The website for the app is also live, and is taking registrations for interested customers to get notified regularly on updates. It has also started a Byte creators programme, and to become a part of it, creators will have to fill up this form.

Apart from this, Hoffman is quite hush-hush about how Byte will work, and the exact timeframe of its launch. However, in replies he informs that byte is indeed the 2.0 version of the Vine app. To recall, Twitter announced in October 2016 that it would be discontinuing it video-sharing mobile app Vine as a cost-cutting measure. There were reports that the company was considering a sale of the service instead of discontinuation but Twitter instead converted it into a pared-down Vine Camera app in 2017. Archives of all the old Vines can still be found by heading to https://vine.co/[MyUserName].