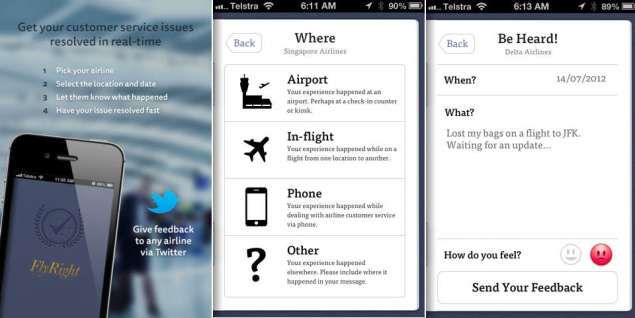 Sikh activists in the US have launched an updated smartphone application to make it easier for Sikh passengers to report any abuse against them at American airports.

"FlyRights users have confirmed that we cannot simply trust the TSA to self-report on whether it is engaging in discrimination," said Amardeep Singh, director of Programs at the Sikh Coalition.

"An independent auditor should review and publicly report on the TSA's screening practises. Only then will we know whether the TSA is remaining true to its own anti-discrimination polices. Until that happens, we call on the public to hold the TSA accountable by downloading and using FlyRights," he said yesterday.

The updated "FlyRights 2.0" also allows passengers to send copies of their complaints to their members of Congress, and it features maps that show which airports have the most troubling records.

The move was welcomed by US lawmakers.

"Airport safety measures based on someone's race, gender or faith are not safety measures at all - they alienate targeted communities and make victims out of travellers," said Congresswoman Judy Chu.

"The new FlyRights mobile app being introduced Wednesday will empower travellers to fight back against profiling with new tools," she said.

"A process for travellers to submit complaints can provide recourse while helping improve TSA's performance," said Congressman John Mica, former Chairman of the House Transportation and Infrastructure Committee and current senior member of the Committee.

"Since the launch of the app, reports of racial profiling and discrimination to the TSA have increased almost 20 fold," said Wade Henderson, president and CEO of the Leadership Conference on Civil and Human Rights.

The app was first launched in April 2012 and since then some 18,000 people have downloaded it.

"While the app was launched to address the pervasive profiling that happens to Sikhs, South Asians, and Muslims, it has been embraced and used by African Americans, wheelchair users, women, Hispanics, and many others," the lawmaker said.

FlyRights 2.0 also contains "user notifications" that will allow the Sikh Coalition to send messages and news about airport screening issues directly to users.

Sikhs in the United States have faced a wave of violence since the September 11, 2001 attacks, with assailants sometimes falsely believing they are radical Muslims. In the worst incident, a white supremacist shot six Sikhs dead after barging into their temple in Wisconsin in August 2012.