Universal Windows apps for PCs, phones and tablets: What are they? 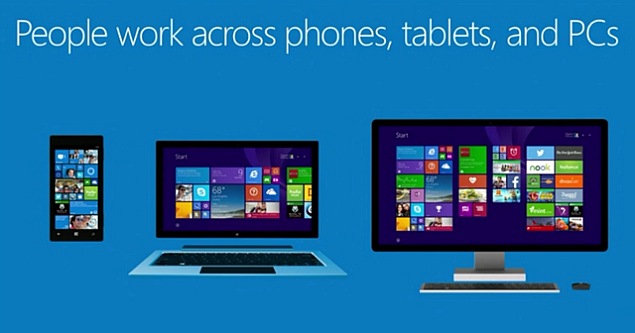 Microsoft at the Build 2014 conference announced Universal Windows apps, a move that brings a new common Windows runtime to PCs, phones, and tablets (and the Xbox One). Essentially, developers will be able to easily port their apps from one Windows platform to another, or create Universal Windows apps that with minor modification work across platforms.

All this is enabled by Microsoft through the common code and numerous shared APIs and UI controls between the Windows 8.1 Update and Windows Phone 8.1 platforms. Using Visual Studio 2013 Update 2, an upcoming release that developers got access to as a release candidate on Wednesday, app makers will be able to port their Windows apps to Universal Windows apps, or create Universal Windows apps that can be easily migrated to other platforms.

With Visual Studio 2013 Update 2 developers will apart from Windows 8.1 and Windows Phone 8.1 projects, be able to create shared projects that hold the common XAML code for various different types of apps - whether for PCs, phones or tablets. While the majority of the code will be the same for the different types of apps, the distinct code will specify modifications for the various platforms.

Apart from being able to easily switch views in Visual Studio 2013 Update 2 to see how the XAML code will look on different platforms, there are several auditing, debugging, diagnosing, and logging capabilities built into the development framework. Emulators for the various supported platforms are available.

Developers that already have a compatible Windows or Windows Phone app ready can import it into Visual Studio 2013 Update 2 and convert it into a Universal Windows app, which can be migrated and tested for different platforms with the various built-in tools, and additions in code can be made accordingly. Notably, once a Universal Windows app is created, developers will be able to submit a single '.appx' file to the Windows Store. 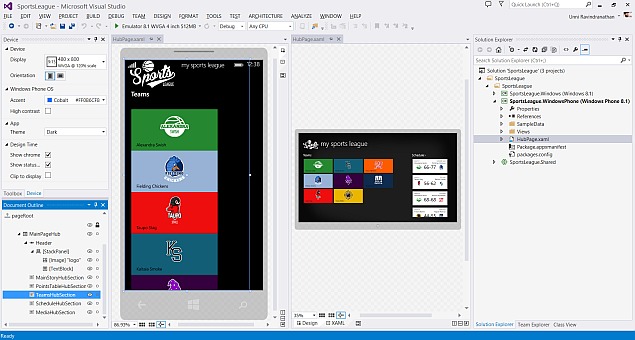 Also to be noted is that WinJS now supports Windows Phone 8.1 and Xbox One platforms. Microsoft is also working to ensure that older, legacy code and databases with a minimal number of UI updates and wrapper codes can easily be moved from Win32 to Windows 8.1. Additional layers supported by the new Windows runtime include C#, JavaScript, and HTML5.

Since Microsoft broke the news about Universal Windows apps on Wednesday, a lot of the excitement about the announcement has been centred around the compatibility of these apps with the Xbox One. However, some caveats exist. As Engadget notes, quoting the company's Steven Guggenheimer, apps submitted for Xbox will be thoroughly cross-checked by the Xbox team. The team will decide whether the app will be offered on the platform, or whether it would require a premium Xbox Live Gold subscription to access.

What does the introduction of Universal Windows apps mean for consumers? It implies that they will soon have a wider range of apps available on both Windows 8.1 Update and Windows Phone 8.1 platforms, with developers of either platform expected to quickly submit Universal Windows apps. Consumers will also be able to buy an app on one platform, and be able to use its migrated counterparts on other platforms, even retaining in-app purchases if any. This would be enabled via shared app identities.