Uber Wins a Challenge by Cabdrivers in London 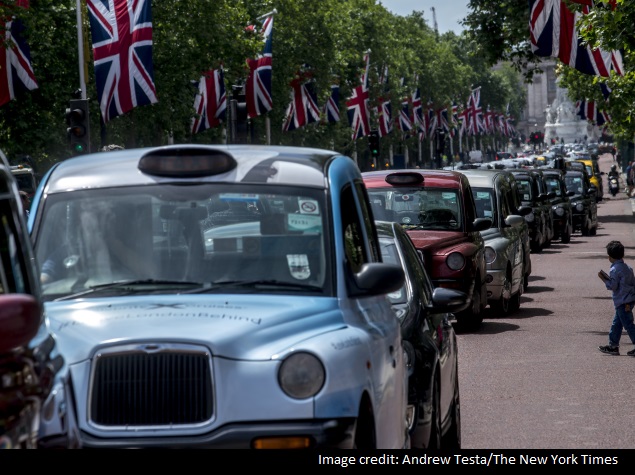 In the battle between Europe's taxi drivers and the ride-sharing service Uber, score one for Uber.

On Thursday, London's transportation regulator said that Uber, the West Coast technology startup that has faced protests in major cities across Europe from London to Milan, can legally operate in the British capital.

The decision by the regulator, Transport for London, or TfL, to allow Uber to continue operating in London is centered on the technology that powers the startup's service.

Under London's taxi rules, only licensed black taxis can use meters in their vehicles to charge customers based on distance and time. The city's licensed taxi drivers argued that Uber's technology, which uses a smartphone-based technology to charge customers at the end of the journey based on the length of their trip, broke this regulation.

Transport for London, however, disagreed.

"Smartphones that transmit location information between vehicles and operators have no operational or physical connection with the vehicles," the regulator said in a statement. The phones are "not taximeters within the meaning of the legislation," it said.

The decision follows a regionwide protest by thousands of taxi drivers in Europe, who say they believe that Uber - which allows people to book taxis through a smartphone application - does not comply with local regulations and does not pay enough taxes in the cities where it operates.

This week, cabbies in Madrid, the Spanish capital, and Barcelona again took to the streets to protest Uber's presence, although the service has yet to expand to Madrid.

But this was not the final green light for Uber in London. To clarify whether Uber's technology can be considered a meter, Transport for London said it was asking a British court for a final ruling.

That decision must now wait until legal cases brought by a London taxi union against six Uber drivers are completed, the regulator said. The London taxi union brought the cases because it believes that the drivers' use of Uber's device to charge customers violates the city's taxi licensing rules.

Until the cases are heard, Uber can operate in the British capital.

"Using a meter in a private vehicle is a criminal matter," said Steve McNamara, general secretary of the Licensed Taxi Drivers Association, who added that the cases against the Uber drivers would probably be heard in the autumn.

"Our beef is with TfL, not Uber," he said. "They are supposed to regulate the industry."

Uber, which said that it had seen more than an eight-fold increase in people signing up in Britain after the taxi drivers' protest last month, welcomed the London regulator's decision.

In an apparent effort to win over skeptical cabbies in London, Uber said it had opened its service so that the city's iconic black cabs could participate.

While few drivers, however, have taken it up the offer, a number of black cabs have started to appear on Uber's app.

"Today is a victory for common sense," Jo Bertram, Uber's general manager for Britain and Ireland, said Thursday in a statement. "Uber on, London."