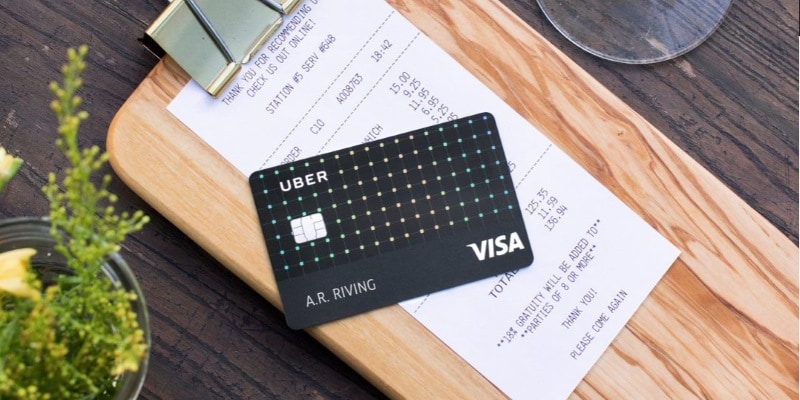 Uber already has a home on your phone. Now it wants a place in your purse or wallet.

The ride-hailing giant on Wednesday unveiled a new no-fee, co-branded credit card with British bank Barclays that it is offering in the US and hopes becomes a major part of consumers' everyday spending habit.

The card will also have no foreign transaction fees when used outside the US and notably, no annual fee.

Customers will be able to redeem their points for Uber rides using a standard penny-per-point redemption rate, or just have the points converted to cash and deposited back into their bank accounts. Barclays and Uber said point transfers to airlines will be coming in 2018.

Uber's credit card is clearly being marketed as a digital credit card first and a physical card second. Uber customers will be able to apply for the card within the Uber app, with most of the personal information needed for the credit card application pulled directly from their Uber profile. If approved, the card can be immediately loaded into a customers' mobile wallet. The goal, Uber's David Richter said, is to have people applying, getting approved, loading the card and paying for the ride with the card all while the customer is being taken to their destination.

Brian Riley, a credit card industry consultant at Mercator Advisory Group, said the 4 percent on dining should be attractive to customers. But the 2 percent cashback on Uber rides seems underwhelming.

"As a co-brand card, I would have expected the reward for spending on the co-brand to be higher," he said.

But Kimberly Palmer, credit cards expert at NerdWallet, says the lack of an annual fee and the generous rewards could make the Uber card a good option for millennials.

Industry watchers had expected Uber to launch its own credit card. The company's business model depends on credit card usage - no cash is exchanged between driver and passenger for the fare - and the company already had announced several partnerships with credit card companies. American Express Platinum Card users get a $200 credit on Uber spread out over the year, and Uber recently launched a cash-back program with Visa Inc. It also launched a prepaid debit card with Green Dot for its drivers last year as well.

A co-branded card seemed like a natural extension of Uber's business. Uber earlier this summer announced it had hired Barclays, which also runs the co-brand card with JetBlue, to run the program.

Co-branded credit cards, or cards issued by a bank but marketed around a particular brand, have been popular for decades since they drive customer loyalty. The market for co-branded credit cards is crowded - all the major airlines have their own credit card, as well as hotel chains and major retailers. Competition is fierce among the financial companies, with Citigroup's capture of the Costco co-branded credit card from American Express in 2015 being a notable recent example.

Still, Uber is the first major new entrant into the co-brand industry in years.

"This was a major coup for Barclays," Riley said.