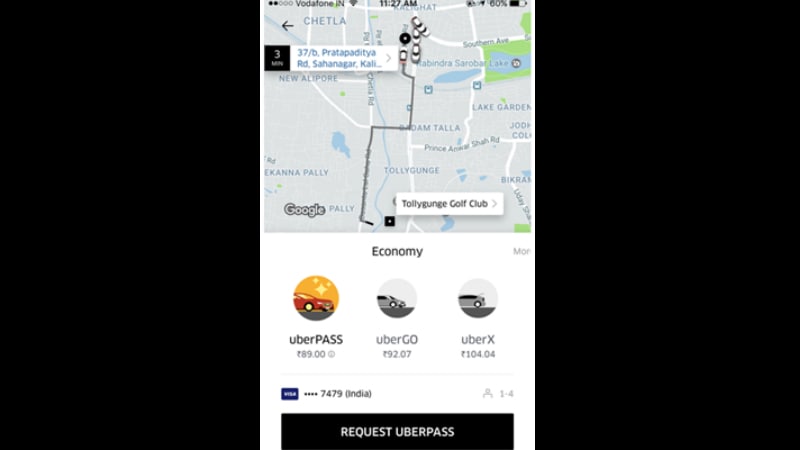 Ride sharing app Uber has launched a new subscription service called UberPASS in India. Launched in four cities – Mumbai, Delhi, Chennai, and Kolkata - as of now, UberPASS is similar to what rival Ola offers in the country with the Ola Share pass.

The UberPASS option offers access to highly rated drivers, discounted fares, waiver on cancellation charges, and other features. The price of this UberPASS subscription, not revealed by Uber yet, varies from city to city. The new option is not showing for Mumbai and Delhi customers just yet, so it remains to be seen if UberPASS support will be rolled out via an app update.

With the UberPASS feature, customers will now get much less prices than regular UberGo and UberX riders, allowing them to pay less even during surge pricing. The exact pricing of UberPASS and the full list of benefits offered remain to be seen. As mentioned earlier, this is very similar to what Ola offers with its Share Pass, the prices of which also varies from city to city. Uber says if it receives an enthusiastic response to UberPASS, the feature will be rolled out to other cities as well.

Announcing the pilot, Shailesh Sawlani, General Manager, West, Uber India said, “We are always thinking of new ways to enhance the Uber experience for our riders. UberPASS is one such product designed to offer riders using our service for their daily commute, a seamless and consistent ride experience. We are excited to launch UberPASS as a pilot for riders in Delhi, Mumbai, Chennai, and Kolkata and if our riders give us a thumbs up, we will take this to riders in other cities as well.”

Recently, Uber launched the 'Driver Compliments' feature in India, empowering riders to acknowledge and encourage good behaviour on part of their drivers. It also introduced Uber-specific Snapchat filters that allows users to share snaps with their contacts in a fun way only during their ride. The Uber-specific Snapchat filters were rolled out across all the 29 cities Uber operates in within India.