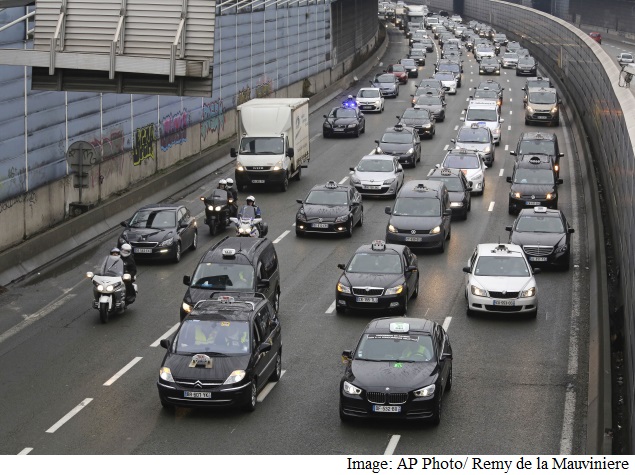 That was the message Kalanick delivered at a technology conference Sunday in Munich, saying he wanted to work with politicians to find ways for Uber to operate legally across the European Union.

The renewed effort by Uber, which allows drivers to connect with potential passengers through a smartphone application, comes after many European cities have banned some of the company's services after taxi associations and politicians said that Uber did not comply with local laws.

The company, which was founded in 2009 and is based in San Francisco, has also faced growing regulatory scrutiny across the United States, while its fast-expanding global operations, particularly in emerging markets, have been called into question over potential safety and legal problems.

Yet despite the resistance, Kalanick said that his company, which is now valued by investors at roughly $40 billion (roughly Rs. 2,46,452 crores) and operates in almost 270 cities worldwide, could help create jobs across the European Union and allow authorities to collect more tax revenue from existing taxi industries.

"We want to make 2015 the year when we create new partnerships with European cities," said Kalanick, who added that he expected to spend more time in Europe this year. "If we can make those partnerships happen, we could create 50,000 new jobs."

His words are aimed at convincing European policymakers that the company represents an opportunity - and not a threat - to cities' economies.

Some politicians across the 28-member European Union, who have accused the company of failing to comply with local transportation rules, have yet to be convinced.

In Spain, for instance, Uber recently shut down its operations after a local judge said that the company did not satisfy the country's taxi rules and potentially amounted to unfair competition for taxi drivers. Other European cities, including Berlin and Amsterdam, have made similar rulings, and more than 10,000 taxi drivers from Madrid to Milan took to the streets last year to protest Uber's rapid growth.

On Sunday, Kalanick rebutted these claims, adding that current transportation rules were devised to protect existing taxi associations that often hold quasi-monopolies in some cities.

"Why do these rules exist?" Kalanick said. "They exist because the taxi industry is trying to protect itself through regulatory capture."

While Kalanick was trying to use his speech to improve the company's somewhat difficult relationship with Europe's policymakers, some politicians are likely to remain concerned about the company's push across the region.

That includes in Germany - home to Europe's largest automotive industry. Kalanick told the audience Sunday that Uber wanted to take tens of thousands of cars off Europe's roads this year, as people increasingly turned to his company for transportation and decided not to buy their own cars.