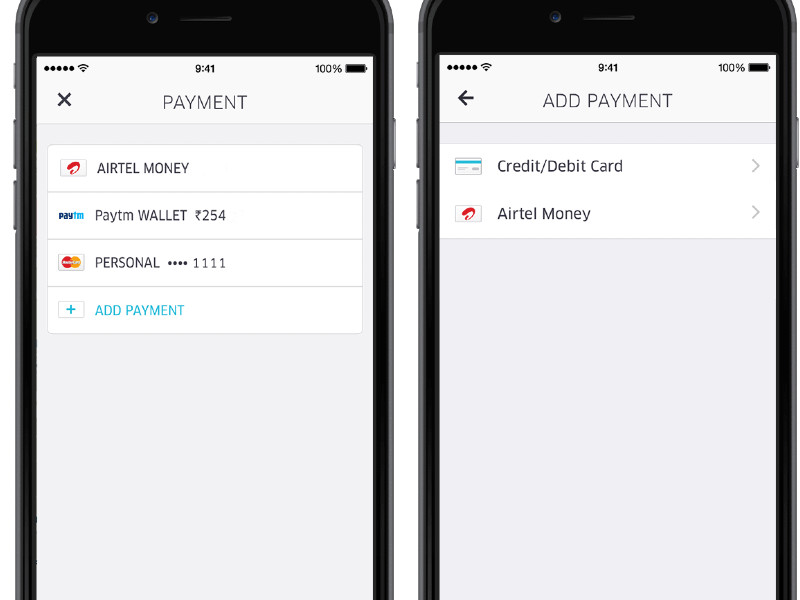 Uber announced its partnership with Bharti Airtel on Friday, letting users pay for cab rides on the service with Airtel's mobile wallet, Airtel Money. In addition, Airtel will be providing free 4G Internet to riders in Mumbai, and says the service will soon be rolled out for all Uber riders pan-India.

Uber will roll out this feature in phases, starting first with users in Delhi and Mumbai, followed by other Indian cities.

Airtel will also become Uber's official telecom partner across India and and offer mobile, data, and device plans to Uber driver-partners. Uber will also offer exclusive promotions, discounts and experiences to Airtel customers - as a limited time promotional offer, new Uber riders who top up their Airtel Money wallet can earn up to Rs. 500 for free.

"We are excited that Uber has chosen Airtel to fulfill its telecom needs, and look forward to supporting the company's rapid growth across India," said Srini Gopalan, Director - Consumer Business at Bharti Airtel.

"This unique partnership is built on our shared visions and strengths of broad, reliable networks and connecting people to their world, anytime, anywhere," said Amit Jain, President, Uber India, in the accompanying press statement.

The development follows Reserve Bank of India's approval to 11 entities to set up payment banks, which included telecom players like Vodafone and Airtel.

On Tuesday, Ola Cabs had offered a similar promotion that offered free Wi-Fi, among other benefits under its 'Select' program, but had not disclosed the telecom operator who would partner in this initiative.

Uber had tied up with Paytm in late 2014 to comply with RBI regulations, and began accepting credit cards in July this year after, while continuing to use Paytm as a mode of payment.