Uber Rolls Out Its Biggest Redesign Yet, Introduces 'Shortcuts' 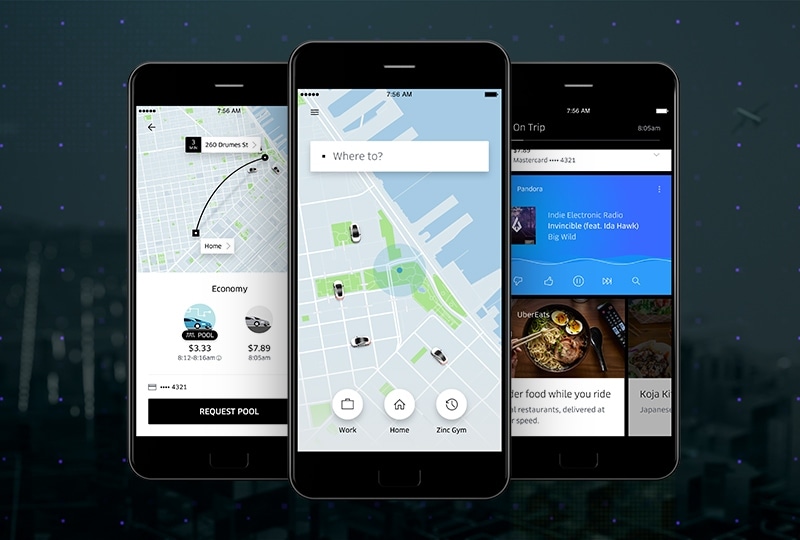 Uber on Wednesday announced a major change to its app, completely reimagining how the user experience works. The update is being rolled out to users across the globe in batches, and the redesign is an attempt to make the app faster, and smarter, says the company.

Over the years, Uber has grown and added a number of additional offerings, taking it away from the initial one-touch design of the app. The redesign - based around the idea of "Where to?" - is meant to learn from your routine, and offer "shortcuts".

“We designed the new Uber app around you — and our core beliefs that time is a luxury and that the information you need should always be at your fingertips," said Yuhki Yamashita, Senior Product Manager at Uber. "Gone are the days when everyone’s app looks the same. The new Uber experience is reimagined around a simple question — 'Where to?'. After all, you use Uber to get somewhere — or to someone. And by starting with your destination, we can tailor the journey to you.”

What this means is that frequent riders will see “shortcuts” that predict where they could be headed, so you can get moving with just one tap. You'll also be able to connect your calendar to Uber, so that your meetings and appointments will appear as shortcuts. If you're comfortable giving up this degree of information to Uber, then you'll be able to book cabs from the Uber app without having to look up addresses, or check up on timings.

The company is also working on a feature that will be introduced soon, called People. This will allow you to set a person as a destination, instead of a place - if you've synced your contacts with Uber, then you can just type in the persons name, and they'll get a location request, which will fill in the details for you. So the next time you're going to meet a friend, you don't need to call them to ask for the address.

Features such as the type of ride, splitting the fare, or sharing trip status remain, but Uber says that it is also planning to offer experiences tailored around your destinations - that will include on-trip integrations with social media platforms, and news aggregators, among others. For one thing, it could show you upcoming departures for trains and buses. If you're headed to a restaurant, the Uber app might show Yelp reviews in the US. Foursquare could be a partner to offer tips about a neighbourhood you're visiting, and in cities with UberEATS, you could order your food to have it arrive when you do.

This is the biggest redesign the Uber has seen in a long time, and you can see a preview in the video below: