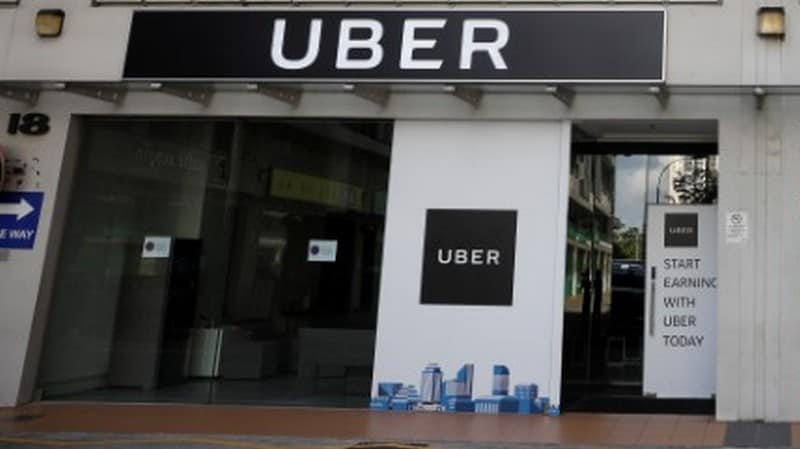 Uber Technologies said on Wednesday that growth in bookings for its ride-hailing and delivery services rose 6 percent in the latest quarter, the third quarter in a row that growth has remained in the single digits after double-digit growth for all of last year.

The San Francisco-based firm lost $1.07 billion (roughly Rs. 7,700 crores) for the three months ending September 30, a 20 percent increase from the previous quarter but down 27 percent from a year ago, when the company posted its biggest publicly reported quarterly loss on the heels of the departure of Uber co-founder and former Chief Executive Travis Kalanick.

Uber is seeking to expand in freight hauling, food delivery and electric bikes and scooters as growth in its now decade-old ride-hailing business dwindles. The company, valued at $76 billion (around Rs. 5.48 lakh crores), faces pressure to show it can still grow enough to become profitable and satisfy investors in an initial public offering planned for some time next year.

"We had another strong quarter for a business of our size and global scope," said Nelson Chai, Uber's Chief Financial Officer, who joined in September after the job had been vacant for three years. He emphasised the "high-potential markets in India and the Middle East where we continue to solidify our leadership position."

But broader economic conditions and sustained losses could push Uber to merge with rivals in India and the Middle East, particularly as Uber and India-based Ola share an investor in SoftBank Group Corp.

Uber's gross bookings were $12.7 billion (roughly Rs. 91,600 crores), up 6 percent from the previous quarter and up 41 percent from a year ago. In late 2016, Uber's quarterly bookings growth approached 30 percent, and in early 2017 it still sustained double-digit growth quarter-over-quarter. At the start of this year, however, bookings growth slid into the single digits.

Revenue for the quarter was $2.95 billion (approximately Rs. 21,300 crores), a 5 percent boost from the previous quarter and up 38 percent from a year ago. That trailed the second-quarter year-over-year revenue increase of 63 percent.

As a private company, Uber is not required to publicly disclose financials, but last year started releasing selected figures.

Bet on scooters, bikes, and trucks
Since CEO Dara Khosrowshahi took the helm more than a year ago, Uber has retreated from foreign markets where it had suffered heavy losses and shuttered certain pricey ventures including self-driving trucks. But Khosrowshahi has ploughed the savings back into its freight-hauling, food-delivery, and electric scooter and bikes businesses.

An investment by SoftBank that closed in January, which gave the Japanese investor a 15 percent stake in Uber, included a provision that requires Uber to file for an IPO by Sept. 30 of next year, or the company risks allowing restrictions on shareholder stock transfers to expire. That could create a mess for Uber's ownership structure and equity value, and pose regulatory problems.

Uber is considering moving its public debut up from the second half of 2019 to the first half, given concerns about a market downturn and an expected IPO from its chief U.S. rival, Lyft Inc, according to sources familiar with the matter.

Khosrowshahi has focused on growing Uber Eats, which took in $2.1 billion in booking revenue, marking a 150 percent jump over last year and about 17 percent of total bookings.

Uber has also pledged to double its investment over the next year in Freight, a brokerage service set up in May 2017 for truck drivers and fleet managers looking for cargo to haul. The business is doubling the number of loads it connects with truckers every quarter, Uber said.

But it is not yet clear whether either business can sustain a profit. It is also unclear how Uber will fare in a shakeout of the crowded global food-delivery industry, and whether its freight business will be widely adopted by fleet managers.

Facebook Messenger Rolls Out Unsend Feature for Android and iOS: Here's How to Use It
Xbox One November Update Adds Keyboard and Mouse Support, Amazon Music, and More