Uber Office Spotted With Segregated Bathrooms for Drivers and 'Employees'

Uber acknowledged the issue, saying it was removing the signs and that posting them was "not appropriate." 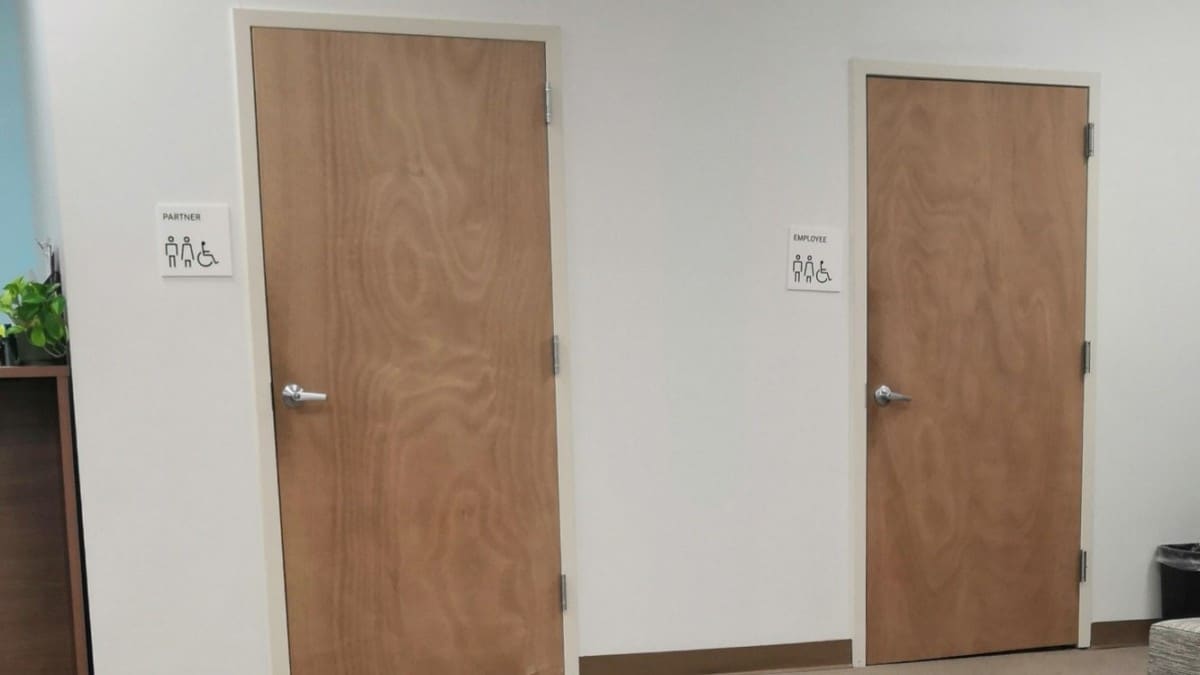 Uber has gone to great lengths to explain that its global network drivers - the workers it relies on for profit - are not, in fact, drivers at all.

The company has argued in court, in an effort to distance itself from responsibility for those workers in the gig economy, that drivers are actually "independent, third-party transportation providers."

That doesn't really fit on small signs. Instead, an Uber satellite office in Rhode Island segregated its bathrooms with signs alerting drivers that "partners" must wash their hands and relieve themselves in a space different from Uber employees.

"Anyone else think it's strange that Uber views partners & employees as two separate classes of people?" asked Erika Betts, an Uber driver who posted a photo of the signage Wednesday on Twitter after visiting the company's Providence office.

The post prompted apparent intervention at Uber, which vowed to take the signs down.

But it also provided more evidence to activists and critics of Silicon Valley start-ups who say ride-share companies Uber and Lyft go to incredible lengths to avoid accountability when its drivers commit crimes, get into accidents or demand real wages and worker benefits, rather than a slice of revenue from companies tapping their labour for huge profits.

"Siri, show me what classism looks like," Rep. Alexandria Ocasio-Cortez, D-N.Y., who has voiced support of Uber and Lyft strikers demanding better wages, said in response to the separated bathrooms.

Uber acknowledged the issue, telling Vice that it was removing the signs and made clear that posting them was "not appropriate."

"This was a mistake and we regret it," the company said of the signs at its Greenlight hub in Providence, which is among hundreds of global offices where drivers can onboard, take classes or speak with employees.

It is unclear if other offices have segregated bathrooms for its drivers. It is also unclear who authorized the signs. They are not amateur print jobs taped to the wall; the signs appear commercially made with company typeface and iconography, indicating some effort to produce them.

"This is not our policy and it's absolutely unacceptable. The signs are coming down today," Andrew Macdonald, the company's senior vice president for global operations, told Betts on Wednesday.

Macdonald explained in a subsequent tweet that the bathroom was out of step with design policy, but it has prompted a "full review," though the scope of that effort is unclear.

"That bathroom was also being used for employee storage, but that's not an excuse," he said.

She was deactivated before her viral tweet, she explained on Twitter, because a rider complained about her following a surge pricing. That prevents her from using the app. "Aka my income," she said.