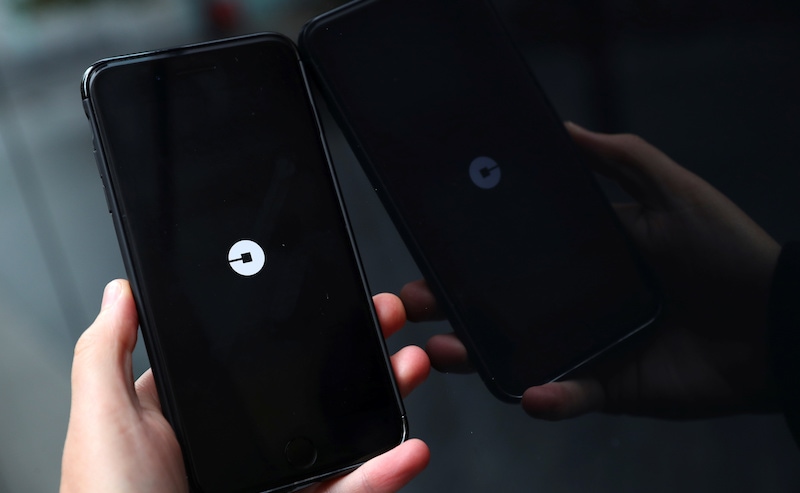 Drivers working for ride-hailing companies such as Uber and Lyft are entitled to a minimum wage following a historic vote Tuesday by the New York City's Taxi and Limousine Commission.

The rate - set at $17.22 (roughly Rs. 1,200) per hour after expenses - makes New York the first American city to adopt minimum pay for app-based drivers, according to the Independent Drivers Guild. The organisation said the hourly rate is the equivalent of the city's employee minimum wage, which is $15 (Rs.1,060) per hour.

The new pay rules, which apply to car services Uber, Lyft, Via, and Juno, go into effect at the end of the year.

"Today we brought desperately needed relief to 80,000 working families," Jim Conigliaro, Jr., founder of the Independent Drivers Guild, said in a statement. "All workers deserve the protection of a fair, livable wage and we are proud to be setting the new bar for contractor workers' rights in America."

"We are thankful to the Mayor, Commissioner Joshi and the Taxi and Limousine Commission, City Council Member Brad Lander and all of the city officials who listened to and stood up for drivers," the statement added.

The vote arrives after app-based drivers led a multiyear campaign to increase wages. The drivers have accused companies of taking cuts of their pay that made it exceedingly difficult to survive and care for their families in a city overwhelmed by thousands of drivers working for car-service apps. The industry has been jarred by a spate of professional driver suicides in recent months as well, a trend many attributed to the stress on the industry.

"Our voices were listened to, and that is very important," driver Guillermo Fondeur, 46, told the New York Post after the vote. "This will mean less-stressed drivers on the streets, and that is good for everyone."

In a statement responding to the wage increase, Uber's director of public affairs, Jason Post, said the new rules will lead to unnecessarily high fare increases for riders and fail to deal with traffic congestion in Manhattan's central business district.

"The TLC's rules do not take into account incentives or bonuses forcing companies to raise rates even higher," the statement said. "Companies use incentives and bonuses as part of driver earnings to ensure reliability citywide by providing a monetary incentive to drivers to complete trips in areas that need them the most (such as outside of Manhattan)."

There are more than 80,000 "for-hire-vehicle" drivers working for "large app companies" in New York, nearly six times more than the city's yellow taxis according to the TLC. Experts claim Uber "would be the city's No. 1 private for-profit employer if drivers were classified as employees instead of independent contractors," according to Reuters.

In a statement following the vote, TLC Chair Meera Joshi said the rules would raise driver earnings by an average of $10,000 (roughly Rs. 7.06 lakhs) per year, and require companies to be more transparent about how they calculate pay and car leasing costs.

"Companies are saying paying drivers fairly will cause longer wait times and higher prices," Joshi said. "But I believe all New Yorkers are willing to pay a little more and wait a little longer so the people transporting them are able to provide for themselves and their families."