Uber's new service will roll out in cities in Canada and Latin America this week, and in the US later this month. 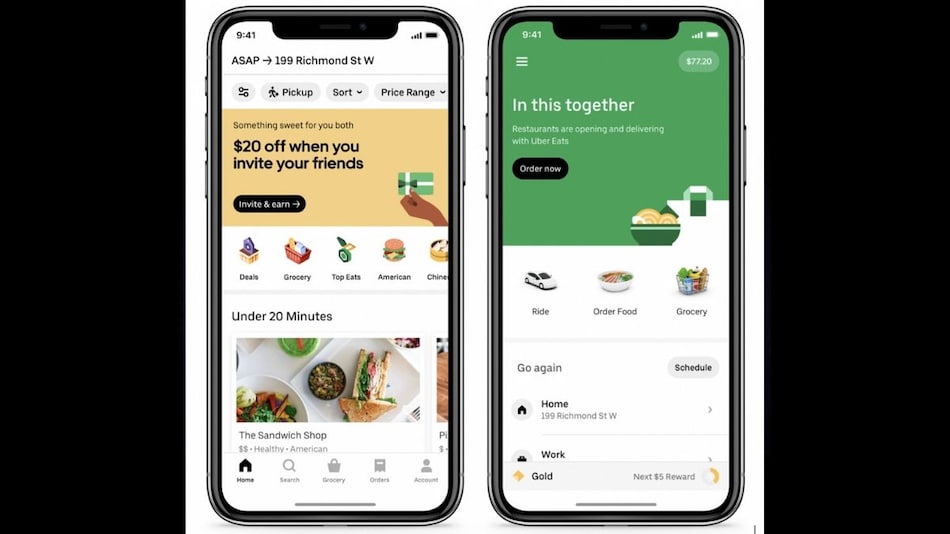 The new service will roll out in cities in Canada and Latin America this week, and in the United States later this month.

The move highlights efforts by Uber to diversify further from its core ride-hailing operations which have been hit hard by the global pandemic.

Uber said users in "select Latin American and Canadian cities" can order groceries through the Uber and Uber Eats apps.

The new service integrates Chile-based Cornershop, which Uber said it agreed to buy last year in a deal expected to close in the coming days, according to Uber.

Uber's announcement offered no details of availability, but Cornershop operates in cities in Brazil, Chile, Colombia, Peru, and Canada.

"We launched Cornershop almost exactly five years ago today, and it's hard to imagine a better way to celebrate our anniversary than joining forces with the best on-demand platform around," said Oskar Hjertonsson, founder and chief executive of Cornershop.

"Uber is the perfect partner to bring on-demand groceries from incredible merchant partners at the touch of a button across the Americas."

Uber has previously tested grocery delivery in over 30 countries on Uber Eats, and has seen a 176 percent increase in grocery orders since February.

The news comes a day after Uber announced a deal to buy US-based delivery firm Postmates for $2.65 billion (roughly Rs. 19,741 crores), which will expand its delivery footprint in the United States. The companies expect that deal to be finalized in early 2021.