Under the deal, Uber will transfer its Jump electric bike and scooter operations to Lime. 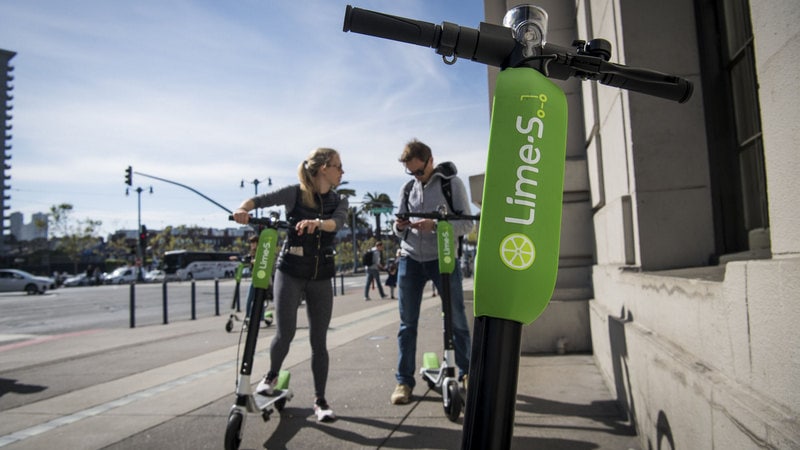 Uber is leading a $170 million (roughly Rs. 1,280 crore) investment in scooter- and bike-sharing startup Lime, in a move that deepens the ties between the two "sharing economy" platforms, the companies said Thursday.

Under the deal, Uber will transfer its Jump electric bike and scooter operations to Lime while keeping the "micromobility" services on its mobile application.

"Today's announcement means that riders around the world will have even more integrated micromobility options at their fingertips, making car-free travel easier than ever before," the two firms said in a joint statement.

"In almost all markets where Lime and Uber operate, users will be able to turn to both the Lime and Uber app to unlock world-class products and services."

The two firms previously had an agreement allowing users to find and rent bikes and scooters with either of the applications.

Also joining in the investment round are Alphabet, Bain Capital Ventures, GV, and other existing and new investors, according to the statement.

"This investment reaffirms Lime's market strength and positions the company to build a long-lasting business that empowers people with sustainable, safe and affordable transportation options," the statement said.

The tie-up will free Uber to concentrate on its core rideshare and delivery services while Lime -- which currently operates in some two dozen countries -- will manage scooters and bikes including the Uber Jump fleet.

Both firms have been struggling with a massive slump in demand due to the coronavirus outbreak and related lockdowns around the world.

Uber, due to report quarterly results later Thursday, said this week it was cutting some 14 percent of its workforce which does not include contract drivers. Lime has also reduced its staff.

Lime said it promoted Wayne Ting to chief executive from his role as global head of operations. The current CEO Brad Bao will continue as chairman.

Uber CEO Dara Khosrowshahi said that Lime "has the operational expertise and undivided focus needed to build a scaled, sustainable micromobility business, and that under the tie-up "our customers will continue to have access to bikes and scooters in both our apps."