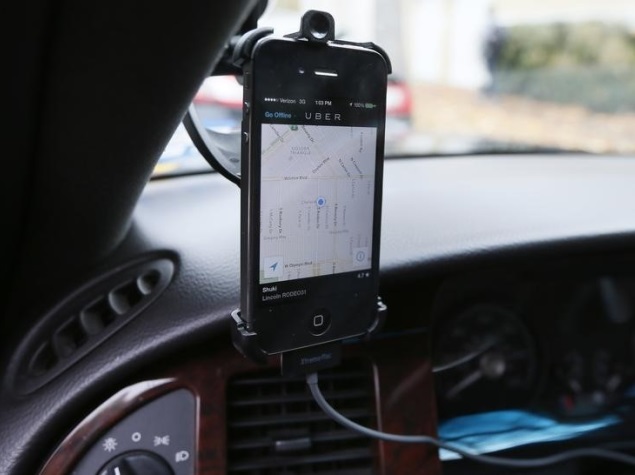 Uber India is not reacting yet to Reserve Bank of India's circular mandating two-step verification of all credit card transactions in the country.

NDTV Gadgets reached out to an Uber India representative on Monday, but all our queries were met by a firm 'No Comment.' It's not clear at this point if the company is planning to release a statement addressing the issue, or, indeed, planning to change its app in a bid to comply with RBI's directive.

A big part of Uber's draw is the complete hassle-free payment system, wherein your card is charged when you leave the cab, without any additional intervention from your end. If Uber is forced to make a change, the service will surely lose at least part of its appeal. The company has until October 31 to comply with the circular.

The announcement on Friday comes after local taxi companies had complained that Uber was not following the two-step verification process required for credit card transactions in India, according to media reports.

While this move by the RBI may have short-term benefits for local cab companies like Meru and Ola, resolving the problem in a way that makes credit card payments simpler is going to benefit all parties.

In a blog post, Siddhartha Pahwa, CEO, Meru Cabs, writes: "We welcome RBI's circular to protect the consumer from fraud possibilities and create a level playing field between domestic and international companies. However, providing a smooth consumer experience has been paramount objective for us and we believe mobile payments have to become much more hassle free for it to be popular in a big way."

All Uber payments are directly processed using the customer's stored credit card information in a simple process that bypasses any monetary exchange between drivers and users.

Although the RBI did not specifically address any company, it noted "it has come to our notice" cases in which domestic credit card transactions avoided the additional verification process by using an overseas payment system.

The RBI noted companies would have until Oct. 31 to ensure the two-step verification process was being followed, while noting that payments must be routed through a domestic bank and settled in Indian rupees.

"It is advised that entities adopting such practices leading to wilful non-adherence and violation of extant instructions should immediately put a stop to such arrangements," the RBI said in a circular.