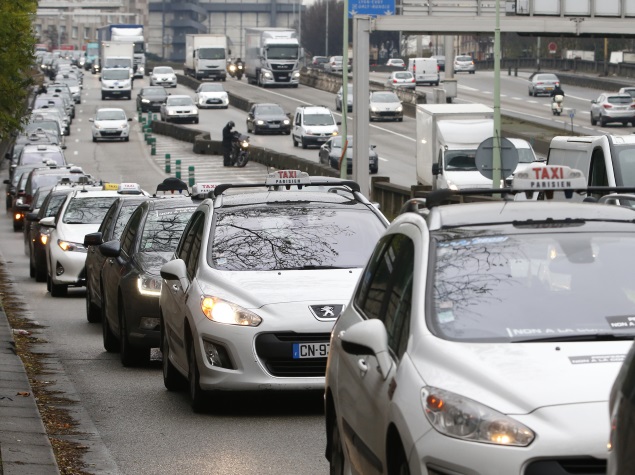 Uber has filed complaints with Brussels against Spain and Germany over their bans on the mobile phone taxi-hailing service, ramping up the U.S. company's battle against legal challenges across Europe.

The European Commission confirmed on Wednesday it had received a complaint against a German ban on Uber offering its unlicensed services. A spokesman for the company said it had filed a similar complaint against Spain on Monday.

"We have received two complaints against France and one against Germany," said a spokesman for the European Commission, who did not comment on Spain.

"We don't close the doors to possibilities offered by new technologies, but we do think that things need to happen within a framework which also covers existing legislation," the spokesman said.

Uber has already filed two complaints against a French law it says favours regular taxi companies at its expense.

Uber, the world's most valuable venture-backed start-up with a valuation of $40 billion, is facing increasing legal challenges across Europe, where local taxi drivers have taken to both the streets and courts to fight it.

It has been criticised worldwide over how it pays drivers, charges passengers and ensures their safety. Taxi companies argue it competes unfairly because it does not have to pay their steep license fees and bypasses local laws.

On Tuesday a French court delayed a decision on whether to ban its unlicensed UberPOP service, which connects private drivers with passengers via mobile phones, while it awaits the result of Uber's constitutional challenge to a French law on taxis and chauffeured cars.

To date, Uber has been hit by court injunctions in Belgium, France, Germany, the Netherlands and Spain.

Regulation of taxi services is the competence of member states, the Commission said, but it would assess the complaints in light of the principles of proportionality, non-discrimination and freedom of establishment.

"It's the framework in which this discussion is unfolding," said the spokesman.