Uber Expands India Footprint as It Looks Beyond Metros 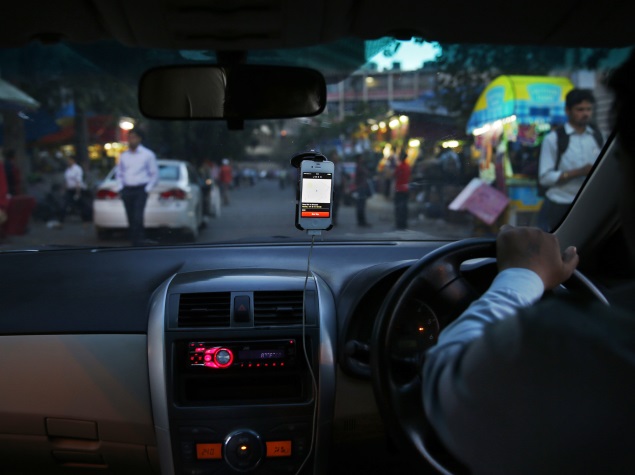 India is already Uber's largest market outside the United States, and on Thursday, the company will be launching its services in seven new markets in India, covering 18 cities in total.

"That's total population of 23 million people we will be plugging into," says Neeraj Singhal, Uber's Head of Expansion for India. "Seven cities at once, we've never done something like this before."

Uber, which is already present in 11 Indian cities, is now starting its expansion into T2 and T3 cities with this move, Singhal tells NDTV Gadgets. "We're adding a lot of cities, Bhubaneswar, Coimbatore, Indore, Mysore, Nagpur, Surat and Visakhapatnam," says Singhal, "and obviously, this won't be the end of it either."

"We're thrilled to launch Uber in these 7 new cities marking the start of the next chapter in our journey in India," he adds. "The rapid 40 percent month on month growth we continue to see in India is unprecedented and it is not surprising that some of the fastest growing cities in the world are also here."

Expanding into smaller cities will see Uber continuing to evolve its offerings for India. For example, unlike the US, in India people need a tourist taxi license to drive for Uber, and this is now verified with police background checks and third-party verification, the company says. Now, Uber is also experimenting with accepting cash (in Hyderabad) which Singhal believes isn't a barrier to adoption, but could increase convenience and usage. "We're going to keep evolving, and where necessary, develop bespoke solutions for India," he says.

But Uber has a bit of a perception problem to face in India. It's safety record took a beating in Delhi, which led to the development of India-specific safety features.

Last month, rival Ola was cleared to operate in Delhi; Uber was not, though, as most people know, you can still book cars using the service.

And in Mumbai, drivers of local taxis called a strike against Ola, Uber and others. But Singhal doesn't sound worried about these issues. He only says, "We are very committed to this market, and to making sure that the rides are convenient, reliable, and safe."

Uber has in fact been working to improve its safety features in parts of India. For example, Singhal tells NDTV Gadgets, Uber worked with the Kolkata police to integrate the SOS button in the app with the local police.

"Now, if there's a problem and you press the SOS button, the police can see all the information immediately," says Singhal. "They can see the driver's name, the car's type and number plate, the destination you're heading for and your location. It's the best in class solution we've seen, and we're very keen to bring these kinds of partnerships with different cities to serve people better."

In the meantime, Uber has another challenge at hand - which is getting drivers on board. The demand is high, and Uber has to keep adding drivers to meet this need. That's why it doesn't discriminate against people who are working with the competition; and doesn't demand exclusivity. If a driver wants - and most tend to - then he (or she) can work for Uber, Ola, and TaxiforSure and earn money from each of these.

This does open up the doors to fraud - at least a little - because hitting different milestones helps drivers to earn more incentives, which means it can be worthwhile for the driver to book a cab for himself, and pay the fare, to make more money for the "trip".

"When you're incentivising both sides, the drivers and the riders, then there is going to be some fraud," says Singhal, "but it's not at a level that's problematic, and we have the best systems to detect this and prevent it. And on top of that, we have features like surge pricing, and heat maps to show drivers where to go, which makes it better for them to drive for us."

"Our goal is to be the best in class," he adds, "and that's why we don't have any exclusivity requirements either. If you're driving with someone else, that'll be because you can make more money with them, and that's a weakness in our system. That's something we'll address and become better at; and eventually if you're best in class, you'll be the last person standing."