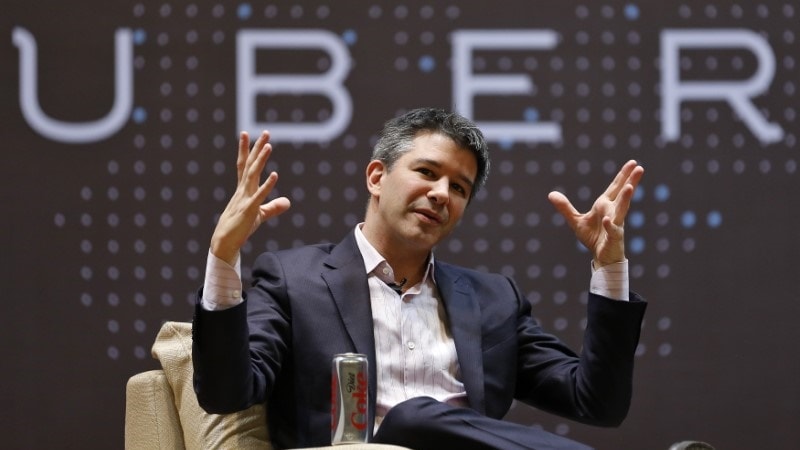 Uber Technologies Inc Chief Executive Travis Kalanick, co-founder of one of the most influential technology companies of its generation, resigned on Tuesday under pressure from investors after a string of setbacks.

Kalanick's departure caps a tumultuous period for the world's largest ride-services company that has revolutionized the taxi industry and challenged transportation regulations worldwide.

The resignation sent shockwaves through Silicon Valley and leaves Uber's board of directors with the problem of finding a dynamic leader who also has a steady hand needed to heal Uber after a bruising six months.

"The person who still best personifies Uber's potential is the person who left Tuesday night," said Bradley Tusk, an Uber investor and adviser. "But it's not like he really could stay without it being brutally bad for the company."

But that brashness has also been blamed for a string of scandals this year, from the unearthing of a culture of sexism and bullying at Uber to a US Department of Justice federal investigation and a high-stakes lawsuit filed by Alphabet Inc's autonomous car division, Waymo, that threatens Uber's self-driving car ambitions.

"I love Uber more than anything in the world and at this difficult moment in my personal life I have accepted the investors' request to step aside so that Uber can go back to building rather than be distracted with another fight," Kalanick said in an email to employees that was seen by Reuters.

Kalanick's departure as CEO widens an already gaping hole at the top of Uber which has no chief financial officer, head of engineering or general counsel at the moment. For now, 14 people who reported to Kalanick are running Uber.

It is not clear who will be Uber's new CEO, but the next leader will likely be tasked with making the company profitable and paving the way to an initial public offering, said executive recruiters.

"They need someone who is willing to walk into this mess, and be the single adult in this room for awhile until the rest of the executive team is in place," said Steve Nilsen, a partner at executive search firm Boyden.

The pursuit of a CEO puts the more than three-months-old search for a chief operating officer on hold, according to a source close to the board. The CEO must be hired first, the person said, and he or she will be key to figuring out the remaining positions to fill. Uber declined comment.

Facebook Inc Chief Operating Officer Sheryl Sandberg has been identified as a target in media reports, but a source close to Sandberg told Reuters she plans to stay at the online social media company.

"Toxic culture"
Kalanick, who will remain on Uber's board, will likely have some sway over the new CEO. He still wields significant power in the board room, made possible by a dual-class share structure that gives him and key allies 10 votes per share.

Ultimately, it was some of Uber's main investors who forced Kalanick out, according to a source familiar with the matter.

A source close to Menlo Ventures, which led one of Uber's early financing rounds, told Reuters that the firm helped write a letter calling for Kalanick to step down.

The investors delivered the letter to Kalanick while he was in Chicago, the New York Times reported, citing people with knowledge of the situation.

Kalanick's decision "was a surprise to everyone", a second Uber spokesman said.

In a statement sent to Reuters, the Uber board of directors said Kalanick's resignation "gives the company room to fully embrace this new chapter in Uber's history."

Gurley on Wednesday resigned from his influential board seat, a Benchmark spokeswoman said, signaling the departure of one of Kalanick's closest confidants. He will be replaced by Benchmark general partner Matt Cohler.

The board got a second new member on Wednesday in David Trujillo of TPG Capital, an Uber investor, according to a source familiar with the matter. Trujillo replaces David Bonderman, a co-founder of TPG who resigned from the board last week after making a sexist remark during an all-staff meeting called to discuss the results of an investigation into sexual harassment and discrimination at Uber.

US Attorney General Eric Holder led that investigation, which concluded that Kalanick's authority should be reduced and that board oversight and independence should increase.

Sweeping power
Following the release of the Covington report, Kalanick said last week he would take a leave of absence to grieve for his mother, who died recently in a boating accident that also seriously injured his father, and to work on his leadership skills.

"Uber couldn't make a credible claim that it was committed to the changes it has to make if he was hovering in the wings, waiting to return as CEO," said Erik Gordon, a technology and entrepreneurship expert at the University of Michigan's Ross School of Business.

Eric Alexander, the head of Asian business for Uber, shared medical records internally, including with Kalanick. Alexander argued they showed the woman had been assaulted but not raped, people who spoke to him said. Alexander was fired earlier this month.

Even some of Kalanick's staunchest allies have found fault with how Uber has been run. In a blog post on Medium published on Tuesday, Uber co-founder Garrett Camp, who has long aligned himself with Kalanick, called Uber's problems serious.

"Over the years we have neglected parts of our culture as we have focused on growth. We have failed to build some of the systems that every company needs to scale successfully," Camp wrote.

In March, following the start of the Holder investigation, Uber director Arianna Huffington said on a call with reporters the board had full confidence in Kalanick.

She repeated that position on Friday in an interview with Reuters by saying Kalanick's leave of absence was solely his decision.

Benchmark's Gurley praised the CEO on Twitter following his resignation.

"There will be many pages in the history books devoted to @travisk - very few entrepreneurs have had such a lasting impact on the world," Gurley wrote.