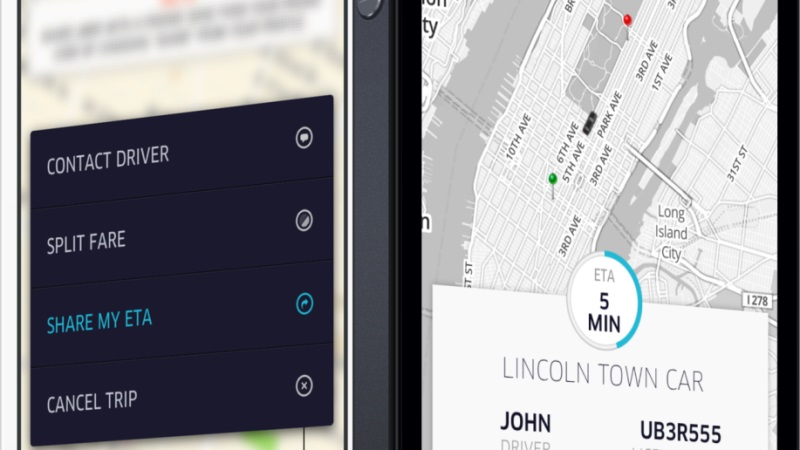 Now, Thiebaud Simphal and Pierre-Dimitry Gore-Coty, the executives, face up to five years in prison and fines of EUR 300,000 (roughly Rs. 2.2 crores) per charge over allegations of fraudulent commercial activity, operating an illegal taxi service, and maintaining illegal databases containing personal information of both drivers and passengers.

The company is contesting the charges in a trial that began Wednesday, a week after France's highest constitutional authority upheld a law banning the low-cost UberPOP service.

Uber discontinued UberPOP and operates other, more expensive services in France, which the company says it considers among its most important markets. And France, like many other countries, is grappling with how to balance ride-hailing services eagerly adopted by consumers against the fears of drivers.

France's top constitutional authority last week upheld a law written with Uber in mind. Authored by center-left lawmaker Thomas Thevenoud, the legislation takes aim at geolocalisation for car services, as well as any casual drivers who want to charge to give someone a ride - the essence of the UberPOP service, which allowed nearly anyone with a driver's license to connect with potential customers.

"We have found, dare I say, a compromise between competition - because competition is necessary - and respect for the rules of the game," Thevenoud told The Associated Press in his offices, where the wall prominently displays a car-top taxi light.

France is not Uber's toughest critic - it is banned entirely in Italy and Spain, and on precarious footing in Germany and the Netherlands. But the company countered with legal challenges it hopes will eventually bring vindication across the European Union. In the meantime, however, the market for transportation alternatives is being eagerly divided among other entrepreneurs inspired by its example.

Blablacar, a French startup that connects travelers who want to share a car for long-distance trips, said it had raised $200 million (roughly Rs. 1,312 crores) in new funds from American and other investors. It hasn't had the same regulatory issues - drivers aren't supposed to make a profit on the ride, but merely split the cost of travel.

Heetch, another French newcomer to the field, falls somewhere in the middle. The company uses casual drivers and operates only late night till dawn, when public transit shuts down and taxis are scarce in the city and non-existent in the suburbs. Its drivers are under pressure from the same police squad that targeted UberPOP, co-founder Teddy Pellerin said.

Pellerin says Heetch doesn't belong in the same category as UberPOP - drivers can make a maximum of EUR 6,000 a year - the average cost of keeping a car in France, and it works at times and in places where taxis can't - or won't - go.

"We're in a situation where we have drivers who drive with the risk of being arrested in the evening and held," Pellerin said.

For now, though, Pellerin said Heetch is pushing forward with plans to open this winter in a European city outside France. Perhaps wisely, he won't say where.

In the meantime, Uber will wait to learn how its own plans for Europe conflict with the French judiciary as the trail of its two executives got underway. Wednesday's courtroom was filled not just with lawyers for Uber, but also taxi industry representatives.

Fabian Daurat, who was ticketed by police as an UberPOP driver on the Champs Elysees and now plies the roads with Heetch making half as much, said neither service posed a real threat to taxis. A father of two, he says he only wants periodic work - just enough to earn a little extra money. He started keeping passengers in the front seat, to skirt detection.

"One day or another, the principle of individual drivers will win," Daurat said. "It's just a matter of time."