The eldest son of US President Donald Trump posted a viral video of doctors talking about the drug hydroxychloroquine. 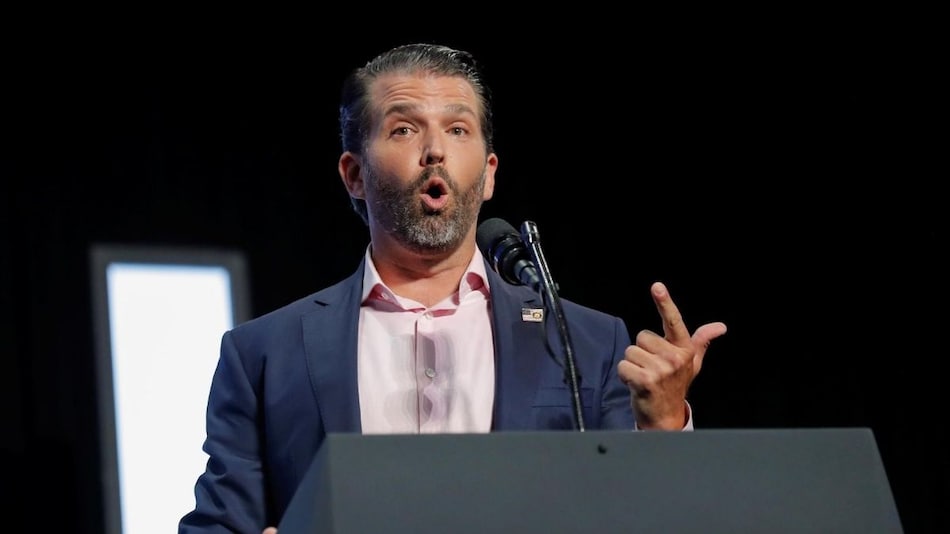 Twitter said Tuesday it had withdrawn a video retweeted by President Donald Trump in which doctors made allegedly false claims about the coronavirus pandemic, after Facebook took similar action.

"Tweets with the video are in violation of our COVID-19 misinformation policy," a Twitter spokesperson said, declining to give details on how many people had watched the video.

The video was also removed by Facebook on Monday evening, said a company spokesperson, explaining that the footage shared "false information about cures and treatments for COVID-19."

The video, which shows a group of doctors claiming masks and lockdowns were not required to halt the disease, had been watched by 14 million people on Facebook before it was removed, according to The Washington Post.

The doctors also backed the use of hydroxychloroquine, an antimalarial drug that has not been proved effective against COVID-19.

Shortly after it was removed from Facebook, Trump tweeted several clips of the video to his 84 million followers.

The Post said Trump also shared 14 tweets defending the use of hydroxychloroquine. The tweets were later deleted.

Trump's son Donald Trump Jr was temporarily halted from tweeting Tuesday after he posted a clip of the video in which a doctor said hydroxychloroquine cured coronavirus.

"The Tweet requires deletion because it violates our rules (sharing misinformation on COVID-19), and the account will have limited functionality for 12 hours," a Twitter spokesperson told AFP.

Twitter has begun acting against tweets by President Trump that it says break their rules.

In June, the social media platform hid a tweet in which he threatened to use "serious force" against protestors in Washington, saying it broke rules over abusive content.

The latest moves escalated the battle between the White House and social media firms which he has accused of bias against conservatives, despite his own large following.