Twitter Spaces Now Lets All Users Record a Session, Will Be Available for Public Playback

The Twitter Spaces session recording will be available for public playback for 30 days. 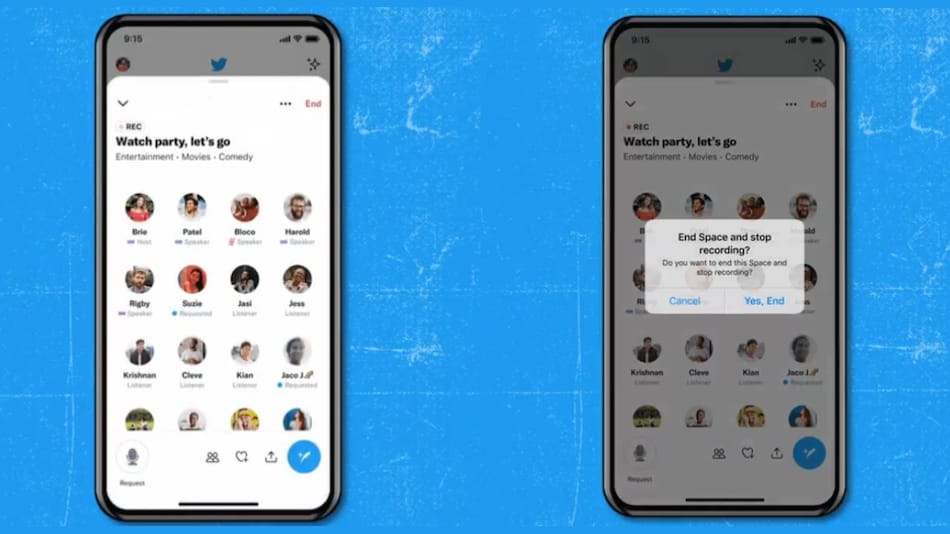 Twitter Spaces, a feature that allows users to host or take part in live audio conversations on the platform, will now let all its hosts on Android and iOS record a session, which will be made available for public playback for a limited time. It is the second major update in this regard since the recording feature was introduced on October 28. Last month, Twitter Spaces got a Podcast-like feature that allows all users on Android, iOS, and Web to listen to a recording of the discussions on the platform.

Recently, Twitter said it was testing a TikTok feature, called ‘Quote Tweet with reaction', that will let users react to tweets with photos and videos by tapping on the icon from the Retweet menu. Twitter is calling these reaction videos or photos Tweet Takes, and it is similar to TikTok's video replies. The feature is currently being tested on iOS.

Twitter also announced various initiatives to provide right knowledge before they cast their votes in the upcoming Assembly Elections in five states in India. “Elections are when people come to Twitter to find credible information about voting, to learn about candidates, and their manifestos, and to engage in healthy civic debate and conversation. As a service for public conversation, Twitter is committed to enabling people to make informed decisions when exercising their civic rights,” Twitter said in a statement.