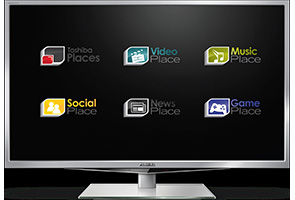 Television viewers can watch hundreds of shows via broadcast, cable, satellite TV and the Internet, as well as on-demand, but how does one manage all that content? TV Guide has an app to help.

Within Watchlist, users select their favorite shows, movies, celebrities and sports teams. The app consolidates content, then displays the various ways of viewing it.

Fans of George Clooney, for example, can see upcoming TV shows or movies starring the actor and being aired by a TV network or other provider. Or, they can watch instantly through direct links to streaming services such as Hulu or iTunes.

"Think of it as a 3D TV Guide for the future in which all your favorites are there in one easy-to-manage interface," said Christy Tanner, general manager of TV Guide Digital.

Users also can share what they are watching with their friends via social networks. This functionality, previously only available on TV Guide's website, has seen over 9 million user check-ins on the Internet.

In the app, check-ins also are used to create a "Trending Tonight" list a social hot list of the most popular TV shows.

Tanner views the user data as a game-changer for networks and ad agencies looking to predict the next big hit.

"We look at this as a potential early indicator of success," she said. Currently, the top show being added to watch lists is "Elementary" starring Jonny Lee Miller, airing this fall on CBS.

The app supports nearly every cable and satellite provider in the United States, although the streaming partners content is a bit more narrow and includes ABC, ABC Family, CW, Hulu Plus, HBO GO, MAX GO, Crackle and iTunes. Some popular streaming options such as Netflix are not yet supported.

In addition, TV Guide plans to add more smart and social features such as remote record and recommendations.

The app is available in the United States, and select countries abroad in the Caribbean, South America and Europe.

Apple vs Samsung verdict means trouble for Android: Analysts
A pill that treats and tells