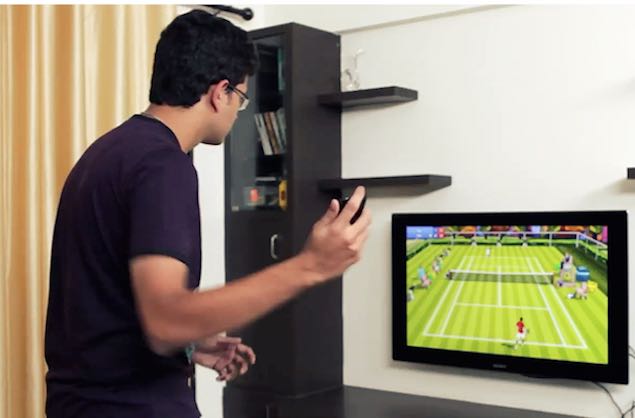 Fresh from its efforts on iOS with the surprisingly good Bowling Central, Rolocule Games has announced that its latest game, Motion Tennis Cast, has been launched for Android devices. It is meant to be played on an HDTV via Chromecast or other screen mirroring options.

The company is known for its efforts in bringing Nintendo's motion control fad - brought about with the once popular Wii console - to iOS and now Android, winning the prestigious Edison Award in San Francisco for innovation in the entertainment industry.

"We are really excited to bring Motion Tennis Cast on Android. Not only does it bring the most intuitive tennis experience to Android, it showcases the power of Google ecosystem." said Rohit Gupta, CEO of Rolocule Games. "Pretty soon users will be able to use their Android Wear for playing games or staying fit using our award winning motion tracking technology - rolomotion - Motion Tennis Cast is a step in that direction."

In order to mimic the real life tennis experience with Android devices as motion controllers, there's support for a host of shot types. These include drop and lob shots as well as a choice of courts to play on. Multiplayer is included too. There's Google Play achievements, and in a welcome move, the company has announced support for Android Wear devices as motion controllers is also coming soon. The game will also calculate the number of calories burnt by the user while playing.

Like most mobile games nowadays, Motion Tennis Cast is free to play. You'll need an Android phone with Jelly Bean (Android 4.2.2) or above along with screen mirroring via Chromecast, Miracast, or AllShareCast-enabled Smart TVs. It also works with Google's Chrome browser.

You can download the game for your Android device right now.