Truecaller’s VoIP Calling feature is similar to its implementation on WhatsApp. 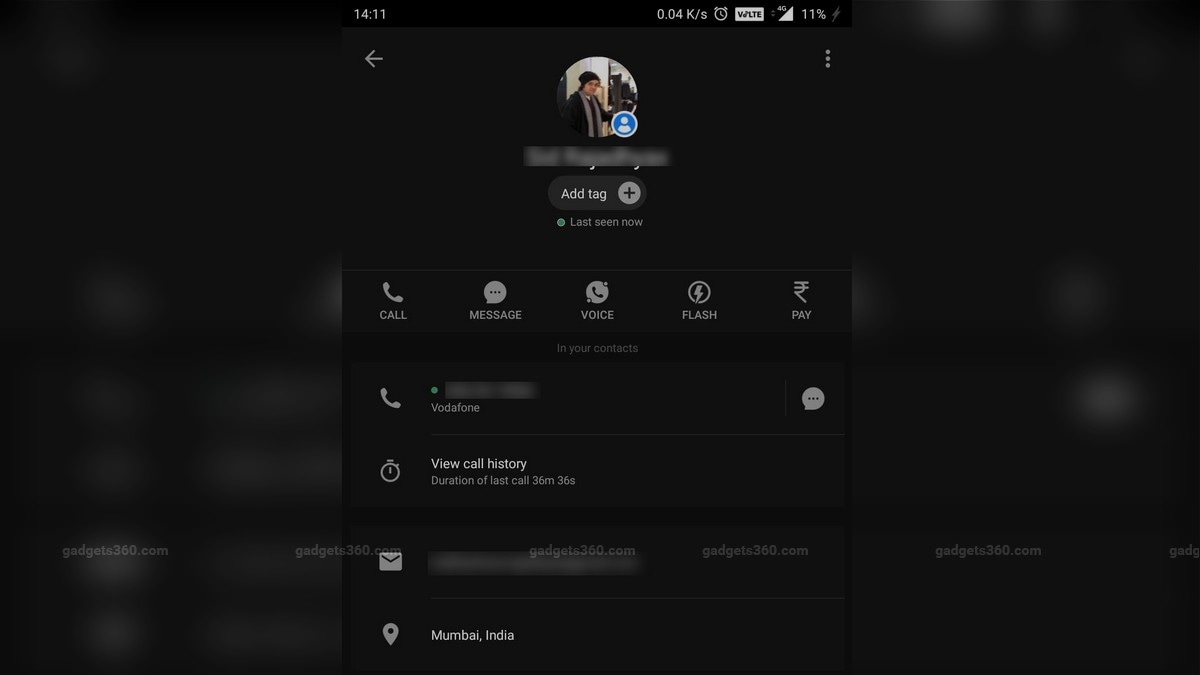 Truecaller has been adding new features to its eponymous caller ID app at a steady pace over the past few months, and recently crossed the milestone of 100 million users in India as well. The company has been spotted testing a new feature that lets Truecaller users make voice calls over data. Popularly known as VoIP (Voice over Internet Protocol) calling, the feature is only available to a small bunch of Truecaller users in India who have a premium account. Truecaller's VoIP feature currently appears to be in beta-testing, and there is no word when it will be rolled out to all users.

Truecaller's VoIP feature, which was spotted in testing by TelecomTalk, works similarly to apps like WhatsApp and Google Duo. The app shows a dedicated ‘Voice' button, which on being tapped starts a VoIP voice call. This feature will certainly come in handy for users when they don't have sufficient balance to make a voice call, but are connected to the Internet, and can thus proceed with a VoIP call.

The VoIP calling feature is reportedly available to only a small number of Truecaller Premium users. However, it is not clear if there are any criteria behind receiving the VoIP feature for those who have availed the Premium tier of Truecaller's caller ID services, as not all Premium subscribers can access the feature. It is also not clear whether Truecaller Premium Gold subscribers have also been included in the VoIP feature's testing circle.

Top AI Researchers Race to Detect 'Deepfake' Videos: 'We Are Outgunned'
Huawei Files to Trademark Its Hongmeng Mobile OS Around the World After US Ban