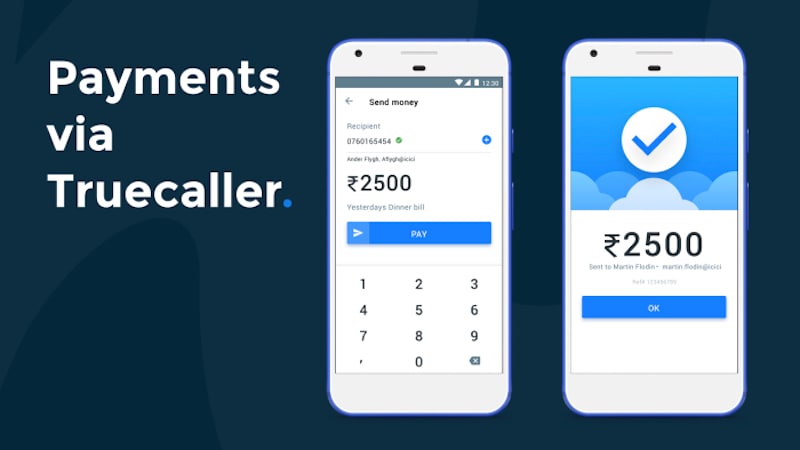 In a bid to get on to the digital payments bandwagon, caller ID app Truecaller launched Truecaller Pay earlier this year. Now, the company has added a new ability to make Truecaller Pay even more efficient in a payment transfer. A new feature called Request Money has been added into Truecaller for Android, and it essentially allows a user to send notifications to another user who owes them money, reminding them of their debt.

The Request Money feature is exclusive to Android for now, and it lets the user send a direct payment request to another fellow Truecaller user, via Android notifications. The receiver of the request will get a notification on his phone as a reminder of payment. The receiver can then just click the notification and make payments through the newly launched Truecaller Pay feature, within the app itself. Truecaller users can make the payment after entering their registered MPIN in the app when prompted.

Alternatively, users can also create shareable payment links which can be sent via SMS, email, instant messaging platforms or can even post it on a website to receive payments. On clicking the payment link, it would directly open in the Truecaller app where the receiver can complete the payment. "This makes it extremely useful for small businesses to make transactions and payments simple, secure and direct to bank using just a mobile phone and the Truecaller app," the company says in a statement.

In March, Truecaller partnered with ICICI Bank to allow people to send and receive payments through the app. Truecaller Pay leverages the Unified Payments Interface (UPI) to power payments from ICICI Bank account only for now. It lets users create their unique Virtual Payment Address (VPA) in the Truecaller app, and allows instant sending or receiving of money direct to bank account using the UPI supported bank.

Truecaller Pay has been designed as a feature of the Truecaller app itself - you won't need to download or install any standalone app. Instead, you only need the Truecaller app, and then, in the profile page, you can tap on Send money through UPI. Then, you just enter the UPI VPA, or the mobile number that you need to pay, and tap Pay. Finally, you'll have to authenticate this through your UPI PIN.