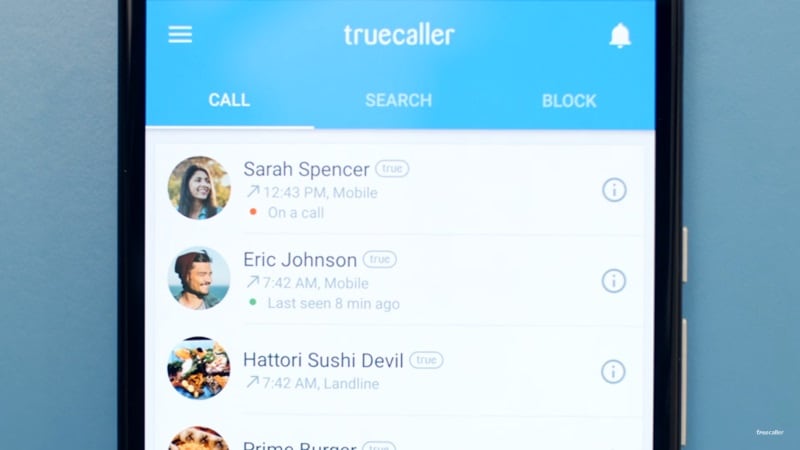 Reacting to reports that the Indian security establishment asked troops to delete some 40 Chinese mobile apps, including the leading communication app Truecaller, to avoid a possible cyber-attack, the company on Thursday denied any foul play on its part.

According to reports, the Intelligence Bureau (IB) in an November 24 advisory asked troops to delete apps like WeChat, Truecaller, Weibo, UC Browser, and UC News from their smartphones or reformat their devices altogether.

"In response to certain reports, we would like to clarify that we are a Sweden-based company. We are not sure why the app is on this list, but we're investigating. Truecaller is not a malware, and all our features are permission based and are disabled by default," the company said in a statement.

The reports alleged that foreign intelligence agencies including from China and Pakistan were using these mobile apps to hack into smartphones.

"For additional clarity, when you download Truecaller from the app store, Truecaller needs access to certain capabilities to provide you with a richer experience," the company added.

In 2012, over 10,000 email addresses of top government officials were hacked in a single day.

The IDs included those of officials working in the PMO, defence, external affairs, home, finance ministries, as well as intelligence agencies.

Redmi 5A Buyers Will Get Rs. 1,000 Cashback from Jio
TRAI Releases Recommendations for Ease of Doing Business