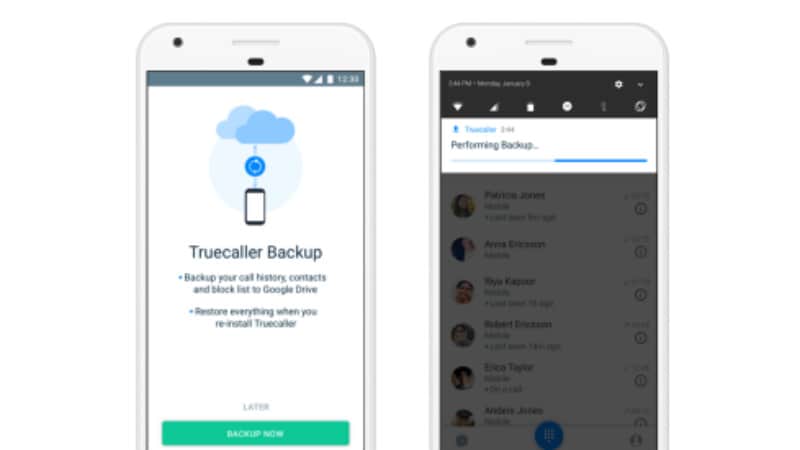 Truecaller on Monday launched a new feature called Backup for Android. The latest feature enables users to back up and restore contacts, call history, block list, and settings to Google Drive. Trucaller backup option helps users when they change their smartphones, get new SIM cards, reset handsets, or even re-install the app, the company says.

The new backup feature will be available on Android smartphones in the "next couple of days," Truecaller has said. It says, "With just a click of a button, Truecaller will backup all your contacts, call history, call logs, block list and settings preferences to a file that will be stored on your Google Drive." Meanwhile, users who do not have a Google Drive account will get a prompt to create one, the next time the app is updated. With the next Truecaller app update, users will have to setup the backup. Additionally, users are able to select how often the app would backup data, such as daily, weekly, monthly, or never.

When it comes to restoring the data, users have to give access to the Google Drive account to Truecaller and the last saved data gets restored. Additionally, the app has released another feature called Truecaller Contacts. It saves every number a user calls on, sends SMS to, or make transactions with. This feature enables users to pull up numbers from months back, even if they were not saved.

Last week, Truecaller had announced the rollout of several new features for its Android app. The new features include Simple Copy OTP and improvements to Flash messaging. With Simple Copy OTP, Truecaller has created a shortcut that provides users with a one-tap way to copy the OTP directly from the notification received on their handset. Meanwhile, it improved the Flash messaging feature providing a more polished design.

Apple Has No Plans for a Major Upgrade to MacBook Pro in 2018: Report
HTC 10 Android 8.0 Oreo Update Suspended: Reports