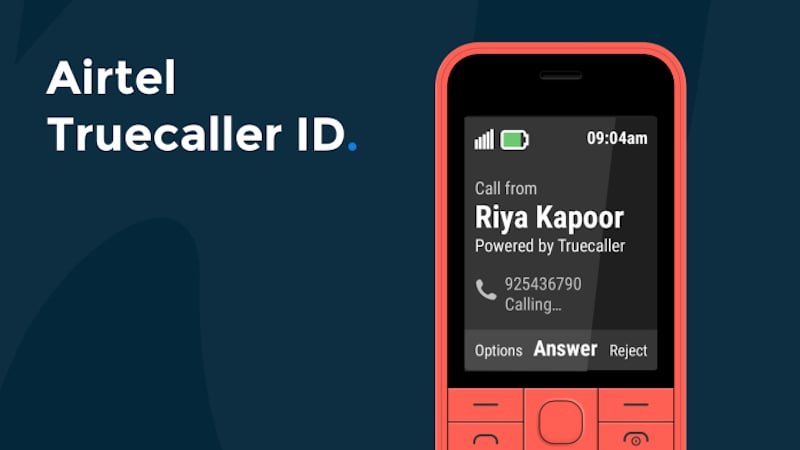 Truecaller and Airtel have partnered to bring the Truecaller Called ID function to the operator's feature phones, even those without a data connection. According to the company, the callers will be identified from Truecaller's database, and this information will be sent to the customers via a Flash SMS before the call hits the users' phone.

Airtel and Truecaller will offer this functionality as a subscription-based service to help end-users avoid unwanted spam calls without having to get a smartphone or a data service. Named "Airtel Truecaller ID", the service will be rolling out in April across India, and all feature phone users with Airtel mobile services will be able to subscribe to this feature.

As per IDC, about 65 percent of India's over 1 billion phone subscribers still use feature phones, making this a huge opportunity for Truecaller, the company's CSO and co-founder Nami Zarringhalam pointed out.

"We are thrilled to bring about one of the biggest transformations in the world of telecommunication with Airtel by bringing the online experience of Truecaller in an offline environment," he said.

Describing the tie-up as a global first, Raj Pudipeddi, Director of Consumer Business and Chief Marketing Officer at Airtel added that this partnership with Truecaller will enable millions of feature phone users to enjoy a "smartphone-like" experience in offline mode, and add to their mobile experience. "We hope that this partnership will encourage other global developers to innovate for the feature phone segment, which still forms a large part of the overall market in countries like India," he added.