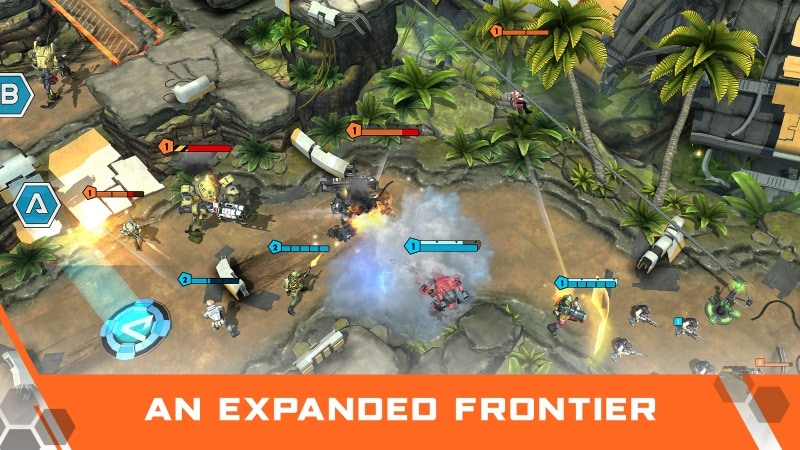 South Korean mobile game developer Nexon on Wednesday announced Titanfall: Assault, and upcoming mobile title from the Titanfall series developed by Respawn Entertainment. It is coming to both Android and iOS. While the game will initially be made available as a closed beta, the timeline for wide release of the game has not been revealed by the company.

Titanfall: Assault is a real-time competitive multiplayer mobile game and is being co-developed by Nexon, Respawn Entertainment, and Particle City. "During the closed beta, we'll be monitoring many aspects of the game and reaching out to the players for their feedback. We'll also be continuously iterating based on that feedback from the community, as well as fixing bugs and making overall improvements," Nexon said in its announcement post on Facebook.

In the upcoming Titanfall mobile game, users are required to assemble their squad of Pilots, Titans, and Burn Cards to fight for the Frontier across multiple locations from the Titanfall series, Nexon said. Interested players can already register for the game on its official website.

Notably, Nexon, Respawn, and Particle City earlier collaborated to develop another Titanfall-based mobile game called 'Frontline', which was cancelled earlier this year. Hopefully this time around, the companies will be able to release the mobile game to wider audiences after making appropriate changes with the feedback.

In terms of sheer numbers, Titanfall does not enjoy the same playerbase as some of its other first-person shooter competitor games on PC and consoles but it has always maintained a loyal fan-base. Although the upcoming Titanfall Assault doesn't share the same gameplay mechanics, it will be interesting to see if the mobile game is able to generate same buzz as Titanfall's first-person shooter games do when they release.