A TikTok Craze Is Minting Celebrities and Ruining Lives in India

The short video app wildly popular with lip-syncing teenagers around the world has taken India by storm. 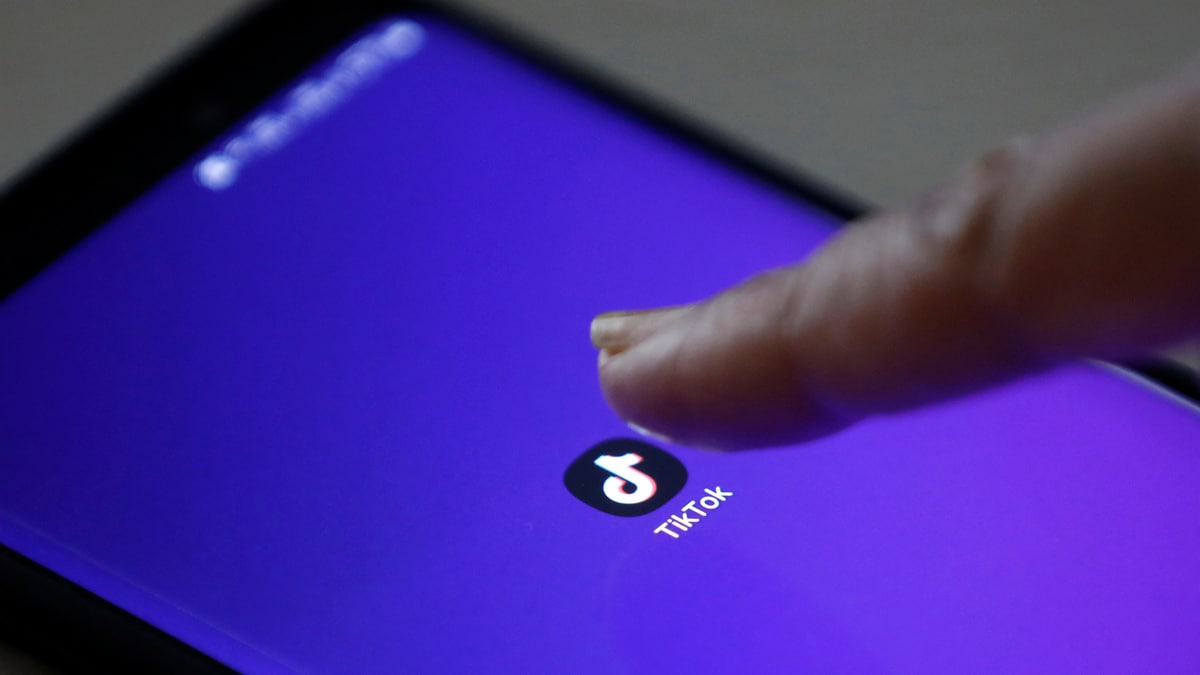 Arpita Chaudhary, a newly recruited police constable in Gujarat, became an overnight celebrity after posting a clip of her 15-second gambol -- clad in her civvies -- on the smash-hit social video app, TikTok. Then she paid the price. A snippet of her gyrating to a Bollywood song against the backdrop of a prison cell went viral and, days later, Chaudhary was suspended from her job. She had danced inside the police station while on duty.

The short video app wildly popular with lip-syncing teenagers around the world has taken India by storm. Police officers, city workers and physicians looking to escape the humdrum of their work lives are finding its lure irresistible. They are regaling their countrymen with at-times cringe-worthy videos, shot inside police stations, public offices and government hospitals.

In a recent TikTok video, two women officials of the Delhi Police groove to a movie song, and local media speculated that it appeared to have been shot while they were guarding VIPs in the capital.

More than 200 million users in India devour and share videos mimicking Bollywood dancing, movie dialogue and comedy, making India TikTok's biggest global market. ByteDance, the Chinese internet giant behind TikTok, has a separate app called Douyin with similar features in China, where TikTok doesn't operate. Videos of cavorting public officials highlight the lack of control over its use among government and law enforcement agencies and is lending strength to a backlash in India against the app. Some even say it's a security risk.

Shashi Tharoor last summer told Parliament that apps like TikTok are a “national security” threat and Indians are vulnerable to spying through the app because of the country's lax data protection regulations. He is concerned that like other apps from China, TikTok has too close a relationship with China's government. Tharoor said ByteDance's paid influence could affect India's democratic processes.

Economic groups aligned with the ruling BJP have called for banning the app, saying it's being used for “anti-national” content including videos advocating religious violence, inciting sentiments against particular social groups and poor treatment of women.

A Southern court temporarily banned downloads of the app amid complaints that its content was degrading culture and encouraging pornography. In a Mumbai court, a litigant alleged that “unfiltered sexual content” from the app was harming young Indians and leading to crime.

Security experts and lawmakers are more worried that TikTok seeks to access user information such as location, phone contacts, call records and audio. While other apps seek similar consent, “TikTok is from China with whom we have history and it becomes strategic and sensitive,” said Nikhil Pahwa, founder and editor of Medianama, which tracks the growth of India's digital ecosystem.

India is still working on a privacy and data protection framework, with the Personal Data Protection bill that regulates collection and transfer of data being considered. As long as rules and regulations regarding data are not robust, “these kind of apps can easily use the loopholes in law to collect user data,” said Tarun Pathak, associate director at consultancy Counterpoint Research.

The world's most downloaded app is controversial elsewhere. Indonesia had banned TikTok, saying it failed to block pornography and blasphemy. In the UK, it is being investigated for collecting personal data of young users. The US government has fined the app $5.7 million (roughly Rs. 40.6 crores) for collecting data of users under 13 without parental consent and is targeting the app for a national security review.

Yet in no other country has the app taken hold as it has in India, with police officers and others risking their jobs to produce short videos. In one viral TikTok post set to a high-voltage movie song, five gun-wielding officers of a police SWAT team returning from an encounter in Uttar Pradesh are shown strutting across a field in slow motion, action movie style. Their chief unlocks his gun's safety catch and pretend-fires at invisible bad guys.

The SWAT team starring in the TikTok video was transferred out of the region.

“We do not sanction unprofessional display of weapons and grotesque caricaturing of police,” the Uttar Pradesh police said in a statement.

In another TikTok video shot in Hyderabad, two physiotherapy students re-enact romantic movie scenes inside a government hospital and in another, four security guards prance about in the hospital's emergency ward.

The videos have continued to go viral, propelling ByteDance to the No. 1 spot among the world's most valuable private companies. India, where millions of users continue to come online each month, is vital to its global ambitions. When the local court prohibited new downloads, ByteDance said the weeks-long ban caused “financial losses” of about to $500,000 (roughly Rs. 3.6 crores) a day.

Meanwhile, the videos have even entered the political realm. In a regional election earlier this year, BJP nominated as its candidate a TikTok star whose sole qualification was her massive following on the app, where she lipsyncs to Bollywood songs. She lost the election narrowly.

Police constable Chaudhary, still suspended from duty, has been luckier in parlaying her TikTok fame to success. Her music video TikTok ni Diwani (TikTok Crazy) scored over 2 million views within days of its release.