The ban imposed by the government has made Instagram as a default platform for many TikTok creators in India. 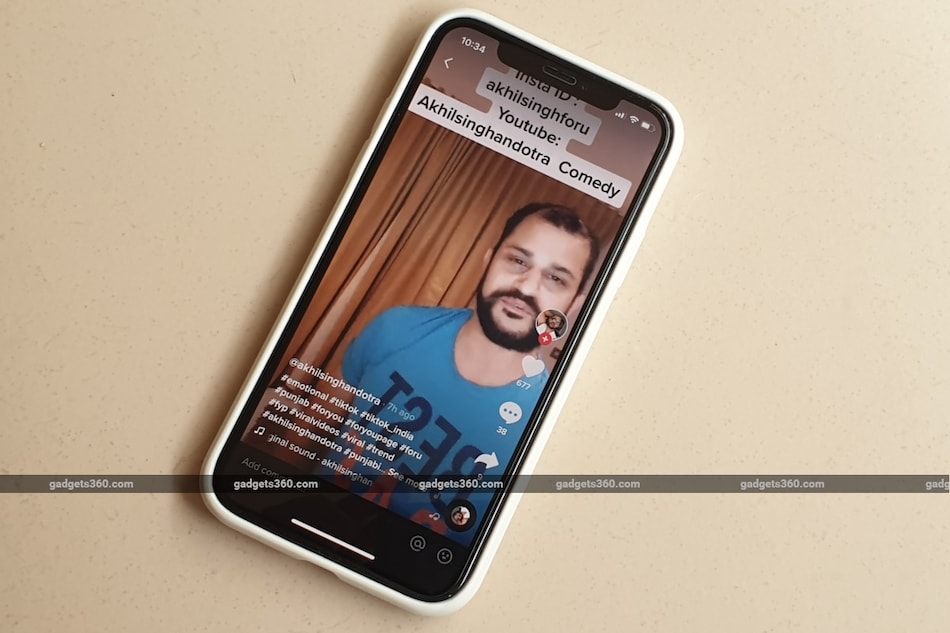 TikTok has been banned in India, and many creators on the platform have started asking their followers to meet them on Instagram and YouTube instead. The TikTok app can not be downloaded anymore on either Apple's App Store or Google Play store, but the app is still working for people who have it on their phones, for now. Some TikTok influencers have therefore made videos to teach users about how to use Instagram as they're set to switch platforms. Similarly, many TikTok users held live broadcasts on the platform to speak to their followers and request them to join their profiles on Instagram, shortly after the ban was made public by the government on Monday evening. Some TikTok influencers have also started asking people to watch their videos on YouTube from now on.

Popular TikTok creators have been providing their Instagram account details on their TikTok profiles for some time. However, most of them were earlier using the Facebook-owned app just to reach out to their potential sponsors and give a glimpse of the videos that they post on TikTok.

“I didn't use Instagram as a platform to post regular videos as it doesn't provide the reach we were getting on TikTok,” one of the popular TikTok creators told Gadgets 360 on the condition of anonymity.

Now though the ban imposed by the government has brought a change for most of the TikTok creators as they've now started using Instagram as their default platform.

Since the ban came into effect on Monday, a large number of TikTok creators have started posting videos from their profiles asking users to follow them on Instagram. Some of them have also provided their YouTube channel details in the videos so that people would continue to watch their creations, despite the absence of TikTok.

Various TikTok influencers have also made videos to teach users about how to begin with Instagram and follow them on the platform. Similarly, there is a sharp increase in views of the hashtag #TikTokBan on TikTok. Some creators suggesting their Instagram profiles and YouTube channels are also using the same hashtag. There are also some videos on TikTok asking users to manually download their favourite videos from the platform that has over 20 crore users in the country.