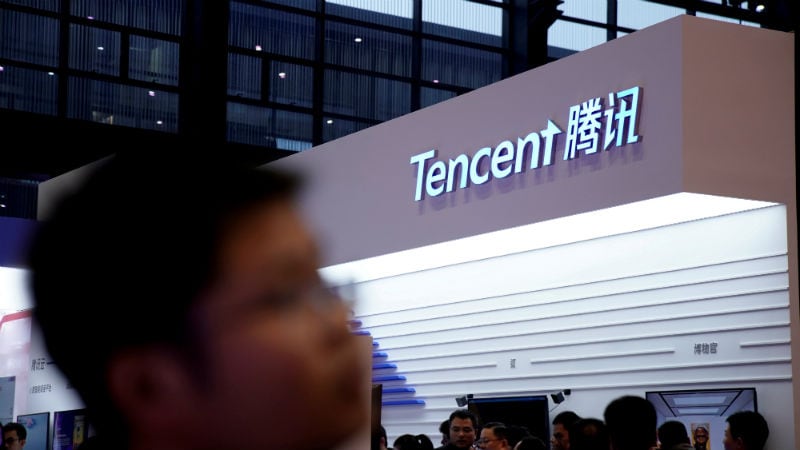 Tencent's shares, which more than doubled in 2017, have dropped by about a third so far this year

Tencent Holdings is expected to report a small rise in quarterly net profit on Wednesday, with a steady gain in advertising revenue helping offset a slump in its core gaming business caused by a prolonged regulatory crackdown.

China, the world's biggest gaming market, stopped approving new games since March amid a regulatory overhaul, leading to Tencent reporting its first profit decline in more than a decade in the June quarter. Tencent is now cutting the marketing budget for the gaming division.

Its shares, which more than doubled in 2017, have dropped by about a third so far this year, wiping about $162 billion (roughly Rs. 11,76,873 crores) in value off Asia's second largest company by market capitalisation.

Daiwa analyst John Choi said he would be watching closely for any update Tencent would give on gaming regulation. "I think that is the No. 1 concern for the market right now...the biggest uncertainty that has been clouding the stock," he said.

Tencent is expected to post a 7 percent rise in third-quarter net profit to CNY 19.32 billion (roughly $2.8 billion or Rs. 20,170 crores), according to the average estimate of 15 analysts, data from Refinitiv showed.

Its revenue is likely to rise 24 percent to CNY 80.6 billion (roughly Rs. 84,140 crores), the slowest growth in more than three years, the average estimate of 18 analysts showed.

Tencent has yet to receive the licence to charge for PlayerUnknown's Battlegrounds (PUBG) video game and to launch Fortnite in China, a tactical tournament game developed by its portfolio company Epic Games. CLSA estimates PUBG Mobile alone could bring in annual grossing of $1 billion (roughly Rs. 7,164 crore) if approved.

GROWTH POTENTIAL
With the gaming business under a cloud, Tencent's advertising business, accounting for around a fifth of its revenue, has come into focus, analysts said.

But some analysts warn of weakening demand as China's scrutiny on corporate taxation and bruising trade tensions with the United States tighten corporate advertising budgets.

Tencent could provide an update with the quarterly results on the US IPO of its music arm Tencent Music Entertainment, which sources said was delayed from last month due to stock market volatility.

Tencent's investment activities are also playing a bigger role in its results. It has so far invested in more than 600 companies, with over 100 valued at more than $1 billion, or "unicorns", according to the company. Its second quarter "net other gains" halved due to a drop in disposal gains.

As growth in core gaming and consumer-facing businesses is set to slow, Tencent in September announced a restructuring aimed at expanding into cloud and industrial services.

"We appreciate that Tencent is trying to create synergy by restructuring, but we believe that it has to move faster, as growth of its lifeline (games) has already slowed," said CICC's Wu.