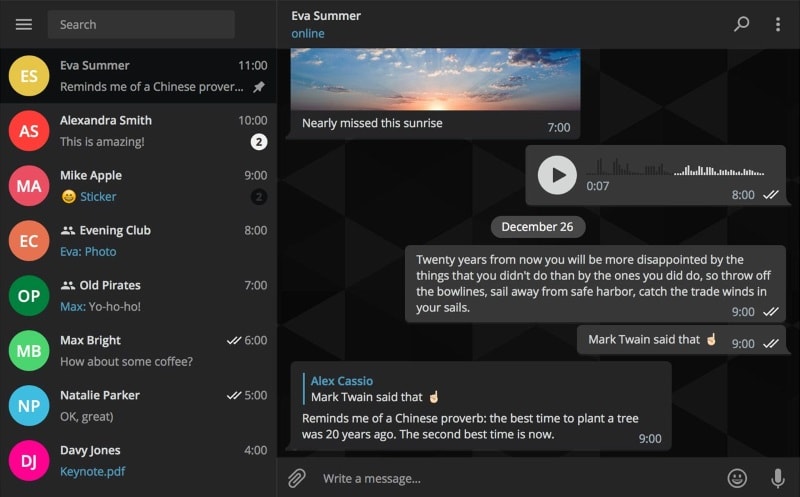 Even though popular messaging platform Telegram's desktop application has been available to users since 2013, it has now received its first major release as the company has finally upgraded the app to version 1.0. With the version 1.0 update for Windows, Linux, and Mac, the desktop app now has a material design look, smooth animations, and support for custom themes.

Interestingly, the company has added support for custom themes and says that "anyone" can make a theme for the Telegram desktop app, in its official blog. "The best thing about Telegram Desktop is that it automatically syncs messages from your phone with your computer using Telegram's encrypted cloud," the company said.

Users have to just install the app and log into their account and all of their messages, documents, photos and videos will be synced from the cloud, it added. This effectively means that users can start writing on their phone and continue working on their desktop when they reach their office or home.

Even though users can also use Telegram Web, the company says that its dedicated desktop app is better. The Telegram app is already available for download and is available over here.