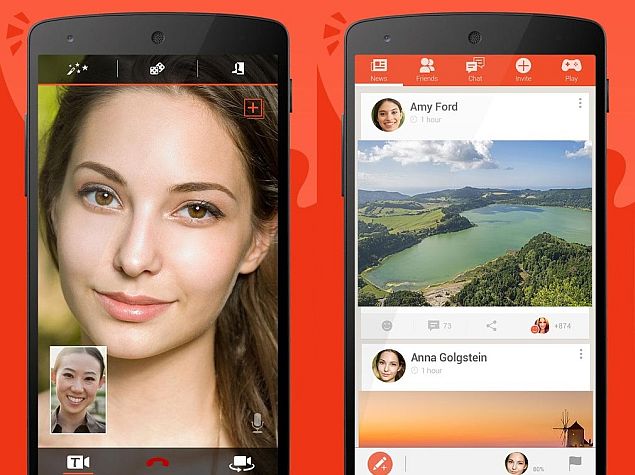 Tango, the popular mobile messaging app, said Tuesday it has struck deals with media companies including AOL and Vevo to distribute content in a new effort to differentiate itself in the hotly contested mobile messaging sector.

Tango said its 200 million users worldwide will be able to browse new "Channels" for entertainment, news, sports and other categories to discover articles, videos and songs. Content providers so far include music streaming service Spotify, AOL properties including the Huffington Post and Dailymotion, the video repository.

For Tango, the media partnerships are critical for its ambitions to become an online media hub - and a differentiating feature from other messaging services such as WhatsApp, the startup acquired by Facebook Inc in a $19 billion deal this year.

WhatsApp, for instance, has focused exclusively on improving its text-based messaging service, while China's Tencent Holdings service WeChat touts the games it offers.

Tango co-founder Eric Setton said having unique and rich content would provide a unique draw for users. At the same time, Tango's messaging service provided the ideal platform to distribute content for media companies, he argued.

"People realize that less and less time is spent on Web browsers, and all of the rest of the time is in apps," Setton said in an interview. "We have a role to play here, in the distribution of content and the discovery of content because content producers need a way to get into bigger and bigger apps."

Facebook's WhatsApp acquisition in February - the largest in history for a venture-backed company - cast a spotlight squarely on the promise and potential value of mobile messaging apps.

Tokyo-based Line Corp, one of Asia's fastest growing messaging services, is considering an initial public offering this year, according to media reports.

Tango has been watched closely in Silicon Valley circles particularly after it received an investment exceeding $200 million from Alibaba Group Holding Ltd in March, effectively cementing its ties to the Chinese e-commerce giant.