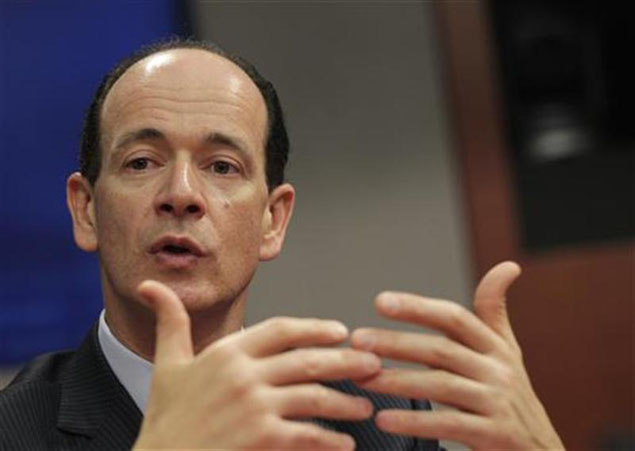 It's the second time in less than two years that Symantec has fired its CEO. Bennett became president and CEO in July 2012, when Enrique Salem was fired after three years in charge of the company. The Mountain View, California, company behind Norton Antivirus software did not cite a precise reason for Bennett's ouster Thursday.

"This considered decision was the result of an ongoing deliberative process, and not precipitated by any event or impropriety," Symantec Chairman Dan Schulman said in a press release.

Symantec has been going through a reorganization that includes cutting executive and middle-management jobs, splitting its sales force and focusing on the most promising products.

The company backed its outlook for the fiscal fourth quarter, which ends this month.

Brown, who is temporarily taking over as CEO, has been on Symantec's board since July 2005. He is the former chairman and CEO of data backup company Quantum Corp.

Bennett, meanwhile, has resigned from Symantec's board. Steve Bennett had replaced CEO Enrique Salem in 2012, and had then launched a strategic review in a bid to turn around the security software company whose stock has languished for years. He'd announced at the time, "I took this job because I believe that our assets are better than our performance."

Bennett is a former CEO of financial software maker Intuit Corp who was also an executive at General Electric Co.

Written with inputs from AP and Reuters