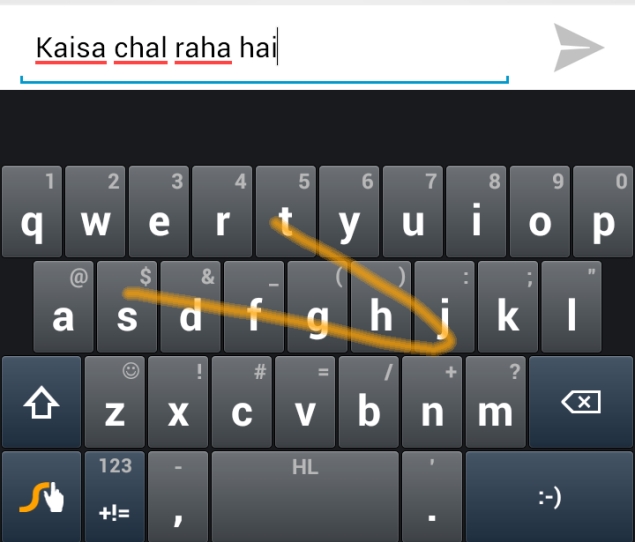 Swype Living Language is basically meant to customise your keyboard experience on the basis of your text inputs and thereby offer predictions based on your most used words.

Swype now also features Smart Editor that examines words in your sentence and determines if another previously suggested word makes more sense. The app also flags errors and suggests likely replacements. Words are underlined within the text field to prompt you to tap on them and select the word that the app feels is more likely.

Swype keyboard for Android was launched in June last year and has seen many improvements since then. In addition to integrating the power of Dragon voice recognition, Swype also features integration of personalised, intelligent dictionaries that learn and adapt to the most used words and phrases by users.

In July, Nuance released Hinglish support for the Swype keyboard app. Users of Swype can now download this language supplement to start writing words like kaisa, garam, pani on their mobile devices. Apart from this, the updated version also brought two new major features - next word prediction and multi-model keyboard, which includes multiple input modes in one keyboard.

Nuance provides direct download to Swype for Android on the Swype website, while users on other platforms can check in their respective app stores for Swype download.

Check out this story-based video to know more about Living Language.