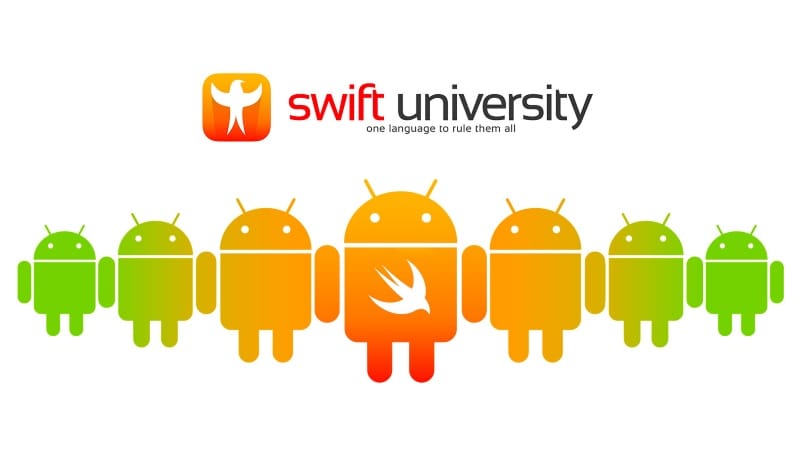 Apple had open sourced its own programming language called Swift in December, 2015. Since then, Apple has been making efforts to make Swift more popular amongst programmers to develop apps for Android. Now, Apple's efforts finally look like coming to fruition as an Italy-based university has started a first-of-its-kind course to build Android apps using Swift programming language. However, it's not meant for beginners but the programmers who already know Swift, Java, C#, Objective-C and other programming languages.

The Italian university, known as Swift University, is offering the intermediate level course for Android app development written specifically in Apple's Swift language. "By attending this course you will learn to program App for Android devices via the Android SDK but classic written in Swift language. Thanks to this innovative course can easily be ported your iOS projects on Android and / or develop multi-platform app without using a middleware," reads the course description on university's website.

This course will help coders develop Android apps using Swift, while presumably reducing the need of a cross-platform middleware like Xamarin, which comes with limitations. It is built using Integrated Development Environment (IDE) instead of a converter that will let the coders use Swift instead of Java while using the normal classes of Android SDK.

As we mentioned, the course is open to the developers who have some knowledge of any of the programming languages to object - Swift, Java, C#, and Objective-C. The course, as seen on the website, lasts about 3 days 8 hours for a total of 24 hours of lessons, samples, projects, and private group post-course support. It is being offered at a price of EUR 599 (roughly Rs. 41,000) in Milan, Italy.