Spotify will allow users to sort the Your Library page in a grid view instead of a list view. 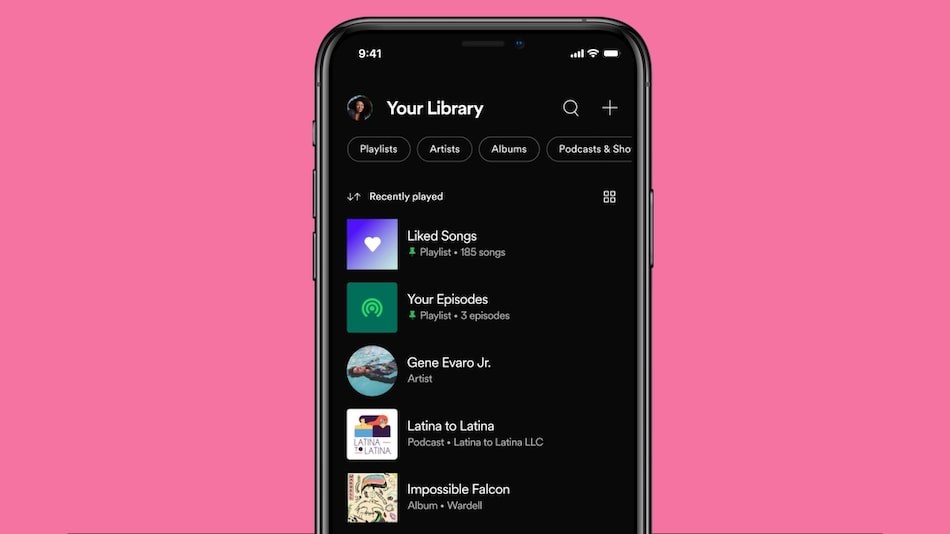 Spotify showcases its new UI for the Your Library page

Spotify brings a redesigned UI for Your Library on Android and iOS apps. The music streaming service announced that the update will bring changes such as a new grid view, dynamic filters, improved sorting, among others. Through a previous update, Spotify added Recently Played, Podcasts, and Discover tabs to its home screens for its Android and iOS apps. Also, Spotify posted a rare net profit in the first quarter of this year, seeing a boost in its paid subscriber base.

The update was announced through a blog by Spotify on April 29. The update changes the UI of the Your Library page on the Android and iOS apps. The update will be rolled out in the coming week. The update will bring a new layout and features to the Your Library Page. One of the biggest new additions to Spotify is the ability to set dynamic filters while searching for songs or podcasts on the app. Users choose between album, artist, playlist, or podcasts to see the most relevant matches to their searches. Users can also click on the Downloaded filter to view all of their offline content at once. However, this feature is only available for Premium subscribers.

The update also helps Spotify users sort their music and podcasts in an alphabetical manner, by recently played, or by creator name. Users can also sort the Your Library in a grid view if they don't prefer the standard list view. The grid view will now show all the content with large-tiled albums, playlists, and podcast cover art.

Last month, Spotify added three new features to its homepage. Spotify now lets users jump back into the songs, playlists, or podcasts they were listening to earlier through the Recently Played tab. This shows the listening history from the past 12 weeks. Alongside, the music streaming service also added Podcasts and the Discover section will only be available to Premium subscribers.

Spotify recently posted a rare net profit for the first quarter of 2020 and also noted a sharp increase in paid subscribers as it launched in dozens of new markets. The service now has 158 million paying customers