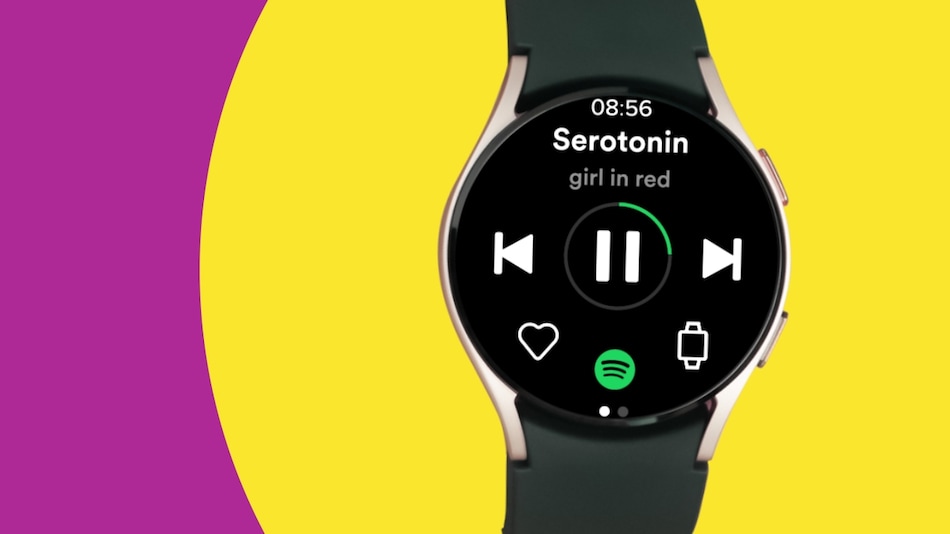 Spotify has updated its Wear OS app to add the ability to download media on smartwatches along with a minor refresh for the user interface (UI). The music streaming service announced its updated app along with the launch of Samsung Galaxy Watch 4 and Samsung Galaxy Watch 4 Classic at the Galaxy Unpacked event on August 11. The update will be rolled out to users in the coming weeks. It is worth noting that the ability to download media on the Wear OS app will be exclusive to Spotify Premium subscribers.

In the coming weeks, Spotify Premium subscribers with Wear OS smartwatches will be able to download and play media offline, directly from their wearables. Free users will be able to stream songs using the shuffle mode but can download podcasts.

However, Spotify mentioned that the smartwatches should run Wear OS 2.0 or higher and the connected smartphone should have the latest version of Spotify's app.

How to download songs from Spotify on Wear OS

It is worth mentioning that the smartwatch would need to be connected to earphones or headphones as the Spotify app may not support an inbuilt speaker. The Wear OS app, in addition to playing media, will also be able to control playback for wireless speakers, TVs, and gaming consoles via Spotify Connect.