Spotify is releasing auto-generated transcripts for Spotify Original and Exclusive Podcasts for now. 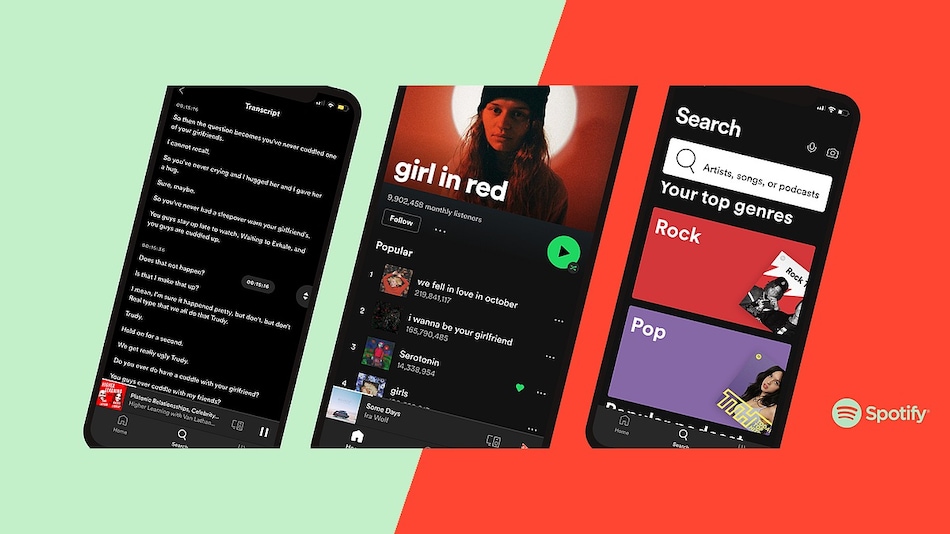 Spotify has announced three new features — buttons with increased readability features, options for text resizing, and a beta for podcast transcripts. These new features will reach Spotify with an update that will begin rolling out in the coming weeks for its Android and iOS apps. The transcripts feature will currently be available for Spotify Original podcasts but is planning to include all podcasts in the future. Spotify also announced during the Google I/O keynote that it will soon let users download playlists and podcasts on Wear OS devices.

Spotify announced the upcoming features through a blog post. Spotify is bringing the update to both Android and iOS apps and it will be rolled out in the coming weeks. One of the most notable features coming to the music streaming service is the ability to auto-generate transcripts for podcasts. However, the feature will currently feature only Spotify Original and Spotify Exclusive podcasts but other podcasts will also gain the feature sometime in the future.

Another notable new feature is the ability to resize text for Spotify and increased readability features. The music streaming platform already reflects system-wide text changes to a certain extent using the Dynamic Type text. Spotify said in the blog, “With the latest accessibility updates, we're enabling users to increase the text even more, improving overall navigation on the app and giving listeners greater control to personalize their experience.”

On iOS, users can increase text size by heading to Settings > Accessibility > Display & Text Size > Larger Text. Users can then drag the slider to adjust the text size they desire. However, users need to be mindful that making the text too large will make it harder to tap on buttons or other functions on the Spotify app.

Spotify is also changing the layout of the buttons to make it more user-friendly for low-vision and visually impaired users. Spotify is changing the buttons to shuffle a playlist or start a listening session in terms of colour, text formatting, and size. Spotify explained, “Changing the text formatting from all caps creates more space for translation or localization for the more than 60 languages Spotify currently supports.”

Spotify announced during Google I/O Keynote event that it will be adding the ability to download playlists and podcasts on Wear OS devices. This feature was earlier available on Samsung Galaxy Watch. Jessika Malmcrona, Product Lead for Car & Wearables, Spotify, said, “We believe that wearables will be more and more important in the future, and we see our investment in Wear as absolutely essential for Spotify.”