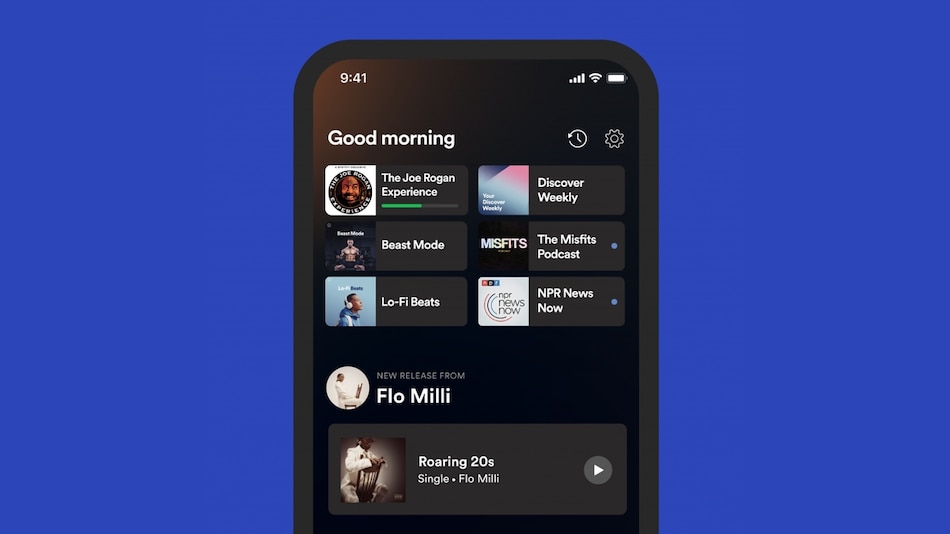 Spotify is updating its UI for its Android and iOS apps this month. Last year, the music streaming service had updated its UI to include a user's playlists and podcasts at the top of the home screen. Now, Spotify has added a new feature that lets users jump back into their recently played songs and podcasts much more easily. The recently played feature will show users song and podcast history from the past three months. The new home screen will also show other handy navigation and discovery options. Podcasts and the discover section will be available to premium users only.

In a recent blog post, Spotify described in detail what the update will bring to the popular music streaming service. The update will be a server-wide change and the new features should reach all users by the end of this month.

The new update will let users review their song and podcast for the past three months from the Recently Played tab on the home screen. It will be shown along with playlists, albums, and shows they were played from. For premium subscribers of Spotify, a new feature is being added to the podcasts that are available to them. Already played podcasts will show a progress bar detailing how much a user has listened to, while new episodes will have a blue dot next to them.

Lastly, Spotify will also not let users miss out on new songs by their favourite artists. It will display a card by the artists that will have all the new songs. But what isn't confirmed is whether it will only show songs from that particular artist or show recommendations to other similar songs and/ or artists too.

In other Spotify-related news, the app on Android and iOS will now support 12 regional languages that include Bengali, Bhojpuri, Gujarati, Hindi, Kannada, Malayalam, Marathi, Odia, Punjabi, Tamil, Telugu, and Urdu. The languages were already available for the Web client and now will start rolling out to the mobile apps.