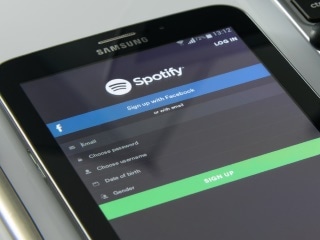 Music streaming company Spotify's operating loss widened in 2016 but revenue rose significantly, the Swedish company said in its annual financial statement ahead of a possible stock market listing before the end of next year.

Spotify, which recently hired advisers to explore a direct listing on the New York Stock Exchange, reported an operating loss of EUR 349 million ($389 million) in 2016, up 47 percent compared with the previous year.

"This is explained by substantial investments that have been made during the year, mostly in product development, international expansion and a general increase in personnel," Spotify's Luxembourg-based holding company wrote in its regulatory filing on Thursday.

Revenue rose by more than EUR 50 percent to 2.93 billion as paid subscribers increased to 48 million in 2016 from 28 million the previous year. Overall, the service said it now has 140 million monthly active users, against 126 million at the end of last year.

The company, which depends on acquiring content licences from a limited number of music majors, struck a new deal with Vivendi-owned Universal Music in April.

The move could make the streaming platform more attractive to its top-selling artists, such Adele, Lady Gaga, Coldplay and Kanye West, by letting them release albums exclusively to premium users. American singer Taylor Swift recently made her music available again on Spotify and other streaming platforms.

Spotify is now hoping to strike deals with Sony Music and Warner Music in the run-up to a market listing, a source close to the matter said in May.

Most recently valued at $13 billion (roughly Rs. 83,810 crores), Spotify could be floated within a year, a separate source told Reuters this month.

The music streaming service, which competes for users and advertising with cash-rich rivals such as Apple Music and Amazon Music among others, will be the first major company to carry out a direct listing on the New York Stock Exchange when it goes public this year or early next year, two sources have told Reuters.

The company is working with investment banks Morgan Stanley, Goldman Sachs and Allen & Co to advise them on the process, the sources said.