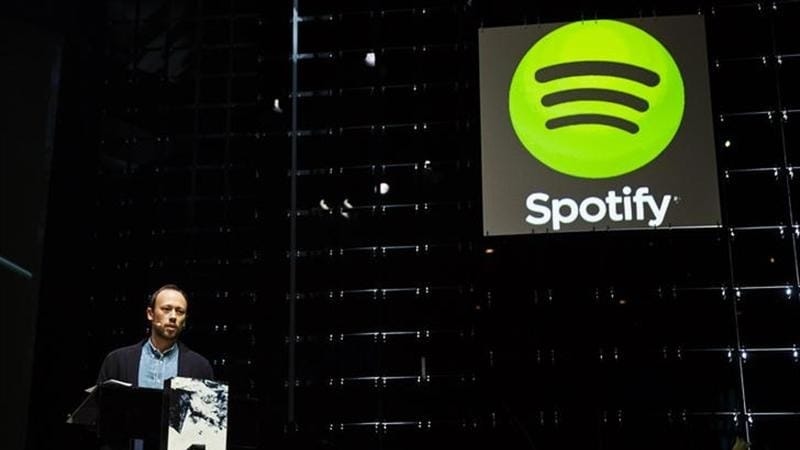 Spotify on Tuesday announced a major expansion of its free service, hoping that a more option-rich platform will boost its ambitions to make music streaming even bigger worldwide.

Weeks after its successful listing on the New York Stock Exchange, the leading streaming company said it saw wide possibilities to grow and identified its free, advertising-backed offering as key to its strategy.

"We know that it's the only way that we are going to be able to achieve our goal of getting billions of fans on the platform and getting the entire music industry to the size that we think it should be," Gustav Soderstrom, the Swedish company's chief research and development officer, said at a news conference in New York.

In the first significant redesign of its free tier since 2014, Spotify said that non-paying users will be able to select songs to play on up to 15 playlists - roughly 40 hours of music per day.

Non-subscribers - who earlier had to settle for a shuffle of tracks - can create their own playlists or choose from existing compilations, as well as ones that are automatically generated to adapt to users' tastes.

Spotify said it has also engineered the new app to take up 75 percent less mobile data to draw in users who have limits on their cellular packages.

It said that users in important emerging markets such as Brazil, Mexico, and Vietnam relied most of the time on Wi-Fi to listen, indicating concerns over how much data the app eats up.

Spotify unveiled the revamp hours after the industry announced that global revenue from recorded music soared 8.1 percent in 2017 - the fastest rate on record.

The third straight year of expansion is almost entirely attributable to Spotify and rival streaming companies such as Deezer, Tidal and the platforms of Apple and Amazon.

Ample room for growth
Spotify is by far the largest streaming company. But Soderstrom said that far more people could be listening in a world of more than seven billion people, roughly a quarter of whom carry smartphones.

Spotify says it had 71 million subscribers at the end of 2017 and that another 90 million used the free service. It is often a gateway, with Soderstrom saying that 60 percent of Spotify's new subscribers last year migrated from the free tier.

The advertising-backed service - known in the industry as "freemium" and shunned by most rivals - was long controversial among artists and labels who said it amounted to giving away music for free.

But Soderstrom said that Spotify reached new licensing agreements with labels for the expanded freemium. Spotify says it has paid back more than EUR 8 billion ($9.8 billion) to rights-holders.

And while many artists grumble that they see little of the music industry's newfound wealth, the most vocal critics have been mollified. Pop superstar Taylor Swift, who once boycotted Spotify, recently tied up with the company to release a video.

Soderstrom likened Spotify's free service to an old-school radio station that popularises hits and its subscriber-based platform to a CD vendor.

"Today Spotify is both the radio station and the record store. We both create demand for music streaming and we monetise it. Unlike radio, though, importantly, we actually share the advertising revenue with artists and labels," he said.