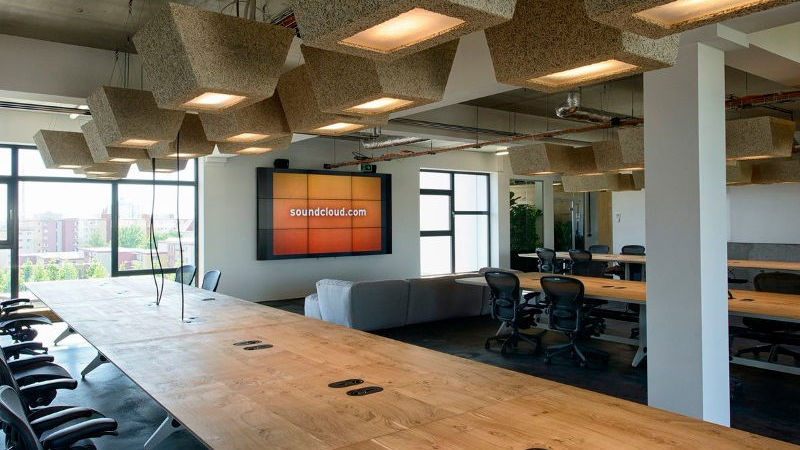 SoundCloud is cutting about 40 percent of its staff in a cost-cutting move the digital music service says will give it a better financial footing to compete against larger rivals Spotify and Apple.

SoundCloud, which in January said it was at risk of running out of money, informed staff on Thursday that 173 jobs would be eliminated. It had 420 employees. The company's operations will be consolidated at its headquarters in Berlin and another office in New York. Offices in San Francisco and London will be shut.

"We need to ensure our path to long-term, independent success," Alex Ljung, the company's co-founder and chief executive officer, said in a blog post published on SoundCloud's website. He said the company has doubled its revenue over the past 12 months - without providing specifics - and that the cuts put it on a path to profitability.

SoundCloud has about 175 million listeners who are drawn to its expansive library of songs, dance mixes, podcasts and other user-generated content uploaded by artists ranging from established stars to bedroom DJs. Popular among passionate young music fans, artists such as Chance the Rapper post material to site before it's released elsewhere, while record labels use it to scout new talent.

But the cultural cachet has never translated into a successful business model. Most of the content on SoundCloud is free, and a subscription tier introduced last year that put some music behind a paywall hasn't been as successful as executives hoped. In recent years, the company has explored a sale to Twitter and to Spotify, but a deal never reached the finish line.

Rival music services, including Apple Music, are among those again looking to acquire SoundCloud, according a report in the New York Post earlier this month. Spotify and Apple Music are the two largest players in the on-demand streaming music business. Spotify said in June it has more than 140 million users and more than 50 million subscribers, while Apple said its music service has 27 million customers.

Ljung said the goal of the cuts is to remain a standalone business. "By reducing our costs and continuing our revenue growth, we're on our path to profitability and in control of SoundCloud's independent future," he said.

SoundCloud's inability to create a stable business model on top of its large audience reflects broader challenges in the music industry. While consumer adoption of streaming services has led the world's largest record labels to see sustained sales growth for the first time since the glory days of the CD, the companies delivering the music online have struggled to make money.

Pandora has never had an annual profit, and just sold a minority stake to online radio company SiriusXM. Spotify's losses have grown despite rapid consumer adoption. Meanwhile, companies such as Apple and Amazon use music to draw users for their broader businesses.