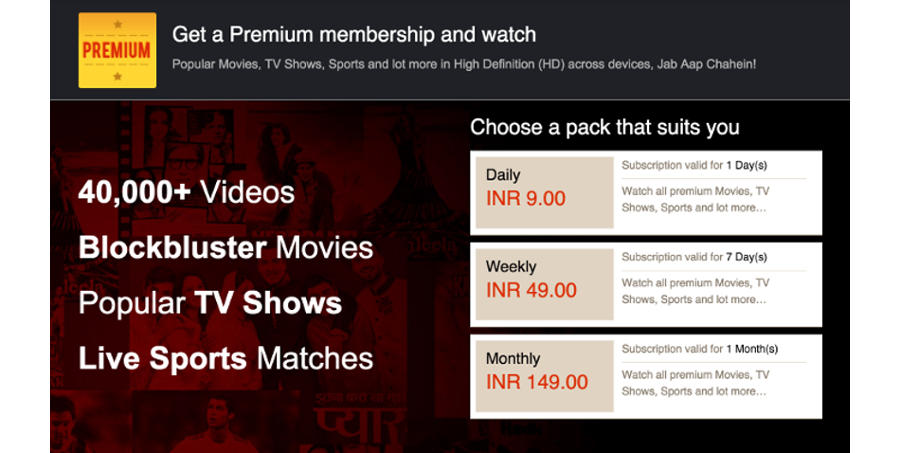 Fortumo's carrier billing option, which works with Airtel, Vodafone, Idea, or Aircel, lets users make payments without setting up any additional accounts or having to enter private information. Payments are either deducted from their prepaid SIM card or charged to the phone bill in case of a postpaid contract, the company said in an emailed statement.

Quoting a forecast by market research organisation Gfk, Fortumo said that credit cards are available to only 4 percent, and debit cards to 22 percent of India's population, creating a challenge for online and mobile merchants trying to generate revenue through traditional payment methods.

"Fortumo was identified as the perfect synergistic match for Sony LIV due to its impressive background of powering payments for some of Asia Pacific's leading digital content players," said Uday Sodhi, EVP and Head, Digital Business, MSM,which runs Sony Liv.

Fortumo said that its platform was used by game developer Rovio and mobile operator Idea to collect payments for Rovio's games in India.

Fortumo powers payments for a number of leading digital content providers in the Asia Pacific region, including BoxTV, Ditto TV, Tensports, and Gaana. Globally, the company has its operations in 92 countries, with merchants like Google and Electronic Arts.