The app is designed to provide “everything you need in one place” to students. 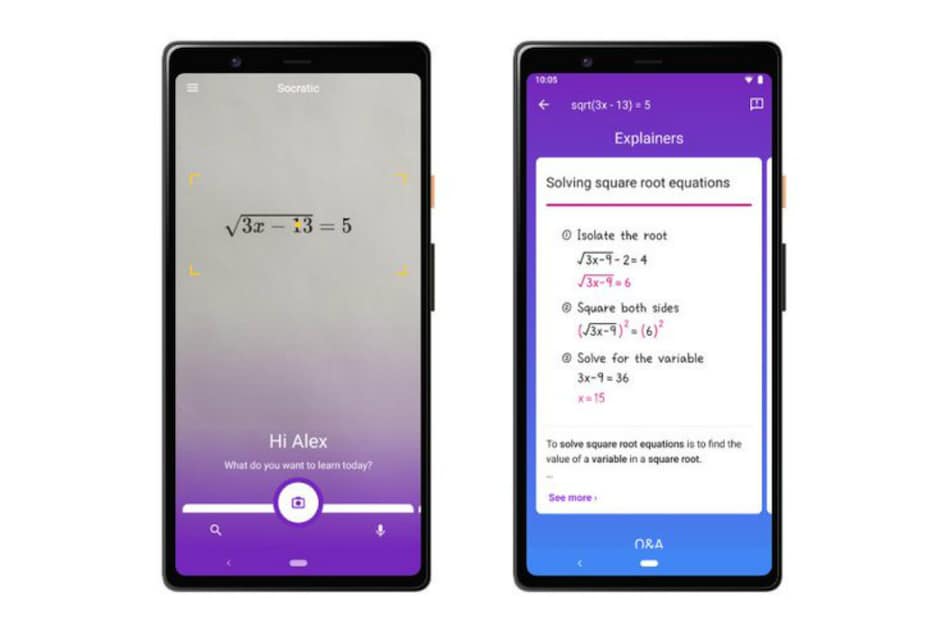 Socratic by Google, the app that is meant to help students do their homework, has been released for Android with artificial intelligence (AI) backed enhancements. In March 2018, Google acquired Socratic that was available on Android devices in 2017 and brought its revamped version for iOS devices last year. The Socratic by Google uses Google AI to help students understand their homework at a high school and university level by finding relevant online resources. It is advertised to support most high-school subjects, including Algebra, Biology, Chemistry, Geometry, and Trigonometry.

As its name suggests, the Socratic by Google app is designed to provide “everything you need in one place” to students. It lets students use their voice or access the camera to ask problems and find relevant answers. The app also leverages AI algorithms to identify the problem produced by students and find their solutions online.

The Socratic by Google app has over 1,000 subject guides on higher education and high school topics such as Biology, Physics, Algebra, Geometry, Fiction, and Non-Fiction. It also uses educational resources and YouTube to provide required information to student users. Similarly, there are in-house answers that the app provides to students.

Originally, the Socratic app was available for download on Android devices to provide homework assistance to students. Google, however, acquired the app in 2018 and pulled its original existence from the Play Store. In 2019, Google released the revamped version of the app specifically for iOS.

The official Google for Education account on Twitter announced the fresh release of the Socratic app for Android devices. Moreover, the announcement was spotted by 9to5Google.

Students can download the Socratic by Google app on their Android devices directly through Google Play. The app is compatible with devices running at least Android 5.0.